FGCU ignited my passion and things just took off for me. 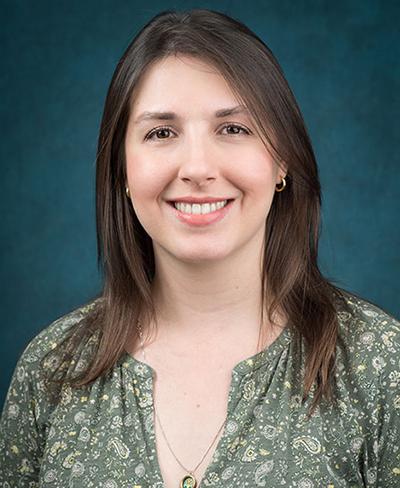 ‘One of our stars,’ international student publishes multiple research papers

Less than half of U.S. children under 15 are non-Hispanic whites, according to the Brookings Institution, a nonprofit public policy organization. In fact, Florida is one of the dominant states where minorities comprise more than half of the student population in K-12 schools. In Lee County alone, 124 languages and 159 countries are represented. Yet 83% of the county’s teachers are white, a statistic that has remained unchanged for two decades while the number of minority students they teach has grown to majority status, according to FGCU researchers.

Multicultural education—and the literacy challenges immigrant families face in the US—is a primary focus for Clarisse Halpern, a doctoral student in the FGCU College of Education’s (COE) Curriculum & Instruction program. She recently earned the distinction of beating out 250 other international graduate students to become this year’s sole winner of Study Florida’s highly competitive International Student Scholarship.  But that’s just the start of what she has accomplished at FGCU.

Halpern came to FGCU from Brazil in 2016. She had been working as a consultant in human resources, recruiting students, when she became aware of biases in the industry based on color, gender and socioeconomic status. She felt strongly that everyone should have the same right to education and employment, regardless of any characteristic. That’s when she realized, “It all comes back to education. That is where we can fix this issue in society.”

So her thoughts shifted from HR to education. Both her parents had earned doctorates, so she decided to pursue her own—and she decided to do it as an international student.

“FGCU ignited my passion and things just took off for me,” Halpern says. She met Professor of Early Childhood Education Tunde Szecsi, Ph.D., and joined her in a number of research projects at Grace Place, an early childhood education center that helps immigrant families develop literacy and other skills that help with citizenship.

The research centered on the efficacy of the program. What they learned was that the most effective programs engaged the whole family, and not just the children. And the more culturally sensitive the programs were, the better. They also found that, even if parents read to their children at night in their native language, it still helped the child develop English literacy skills. The findings of this research were presented at a COE research symposium and published in the International Journal of the Whole Child.

But Halpern’s research pursuits don’t stop there. She is also involved in a couple of research projects with Associate Professor of Multicultural Education Hasan Aydin, Ph.D. One of those projects focuses on the readiness of teacher candidates and in-service teachers to educate culturally diverse populations. Another looks at the experiences of international students and if they feel global perspectives are included in their education here. What they found is that most teachers have never been exposed to anything that would prepare them to teach multicultural students and that international students often feel left out of perspectives taught in class. This work has resulted in papers published in the Journal of Curriculum Theorizing, Journal of Culture and Values in Education, and others.

“Clarisse has everything the future of academia is looking for,” Aydin says. “She is a very motivated researcher, she’s an excellent teacher and speaker, she’s well liked and respected as a leader, she’s consistently creative and her academic writing skills are excellent.”

Simultaneously, Halpern is working as a graduate research assistant and student coordinator at the Lucas Center for Faculty Development. She is also involved in a research project on leadership in early childhood education in collaboration with educators from Finland, Germany, Japan, Singapore and South Africa. She conducted interviews, analyzed the data and presented it in Canada, wrote a published chapter on the findings and is currently working on a manuscript about that program.

“When a doctoral student graduates, they might have been published in one publication. To have several publications and a book chapter as Clarisse does, it is definitely exceptional,” Szecsi says. “And she is in the middle of her doctoral program, not at the end. Clarisse is definitely one of our stars.”

Halpern’s mission after she graduates in 2022 is to use the research she is conducting now to reshape the way people are taught. Being more culturally sensitive isn’t about sharing your perspectives as much as listening to the perspectives of others. It’s less about having a cultural day at school and more about integrating global perspectives into the curriculum. And it’s about knowing enough about different cultures to have empathy for the struggles students have been through so you can help them transform it into something that moves society forward.

The face of the classroom is changing and the face of education must change with it. If anyone can lead that charge, it’s Clarisse Halpern. “If I am in a position where I can speak for others,” she says, “I’m going to do it. This is something I deeply care about. This is my way of helping.”