The Lutgert faculty really goes above and beyond to help students reach their goals. They have a great program and great professors who have been in the workforce and really know how to teach. 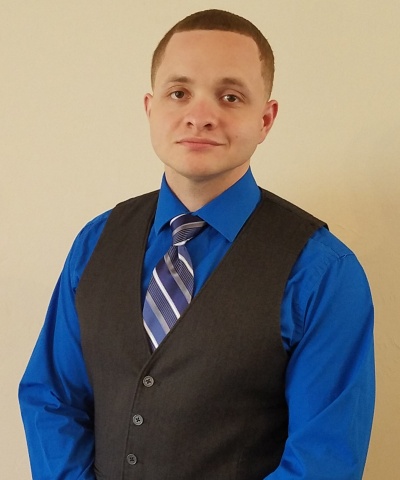 How did a high school underachiever transform himself into a straight-A student and earn an FGCU undergraduate degree in a jaw-dropping 2 1/2 years?

For Wilbert Pantaleon, it took a six-year globetrotting tour of duty aboard the USS Essex to steel himself prior to enrolling, then a team of Lutgert College of Business mentors ready to help him achieve what many perceived as an impossible goal.

The Miami native enrolled in the Navy after high school and quickly embraced his role as an electrician aboard the amphibious assault ship, which was based in San Diego but primarily stationed throughout Asia and the Middle East. Six years in and tempted by advancement, Pantaleon opted to pursue his future as a civilian instead.

“I didn’t know what I wanted to do when I got out of the Navy,” he says. “I just had a general idea that I wanted to pursue a higher education with more potential for me to do a little bit better for the world.”

Upon return to the house he had purchased in Cape Coral prior to deployment, Pantaleon selected FGCU to help him achieve his ambitious two-part goal: earn a bachelor’s degree in about two years with a 4.0 grade point average.

“I look at school as a job and treat it that way,” he explains. “I don’t consider myself especially smart, but if you just work hard at something, you can pretty much do anything.”

He soon formed his own “Mission: Impossible” team at Lutgert. Advisor Bruce Battey guided him through the steps to meet his two-year goal; internship coordinator Amy Scott helped him land internships with Arthrex and Goodwill Industries of Southwest Florida; and Associate Professor Yabing Jiang tutored him in computer information systems (IS).

But it may have been IS Department Chair Rajesh Srivastava who pushed the envelope to help make Pantaleon’s dream come true.

“There are prerequisites for a lot of classes where you have to take them in a certain order, and if you do everything in that order, it’s definitely going to take you four years,” Pantaleon says. “I talked to him and said I’ve proven that I can handle these classes and maintain a 4.0 GPA, and eventually he let me take more than one class out of order. He definitely helped me out.”

Once this speed Eagle receives his straight-A degree in fall 2018, it likely won’t be his final farewell to campus life.

“I want to get into the workforce for a bit and find my calling, but I definitely do want to further my education, maybe a year down the line,” he says.