FGCU provided the resources to achieve two engineering degrees, and be the president of the FGCU chapter of the American Society of Civil Engineers.

Casey graduated in December 2017 with degrees in environmental engineering and civil engineering, while earning an overall 3.0 GPA and an 3.56 GPA in engineering courses. He considers his time spent at FGCU vital to his growth as a person and as a young engineer.  Casey was hired immediately following graduation as a Civil/Environmental Engineer at Black & Veatch. 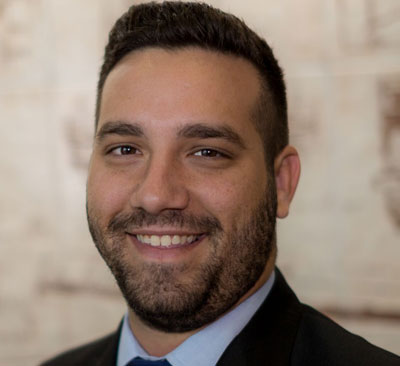 Coming from Weston, Fla., Casey Marika originally started at FGCU as a history major in 2010. During his freshman year, his life changed with the tragic death of his two best friends. Attending class became extremely difficult, and he decided to leave FGCU for almost three years.

After speaking with advisers in FGCU’s U.A. Whitaker College of Engineering, he decided to return to the university to pursue degrees in environmental engineering and civil engineering. Through the hands-on approach provided by the professors and staff at FGCU, he began to excel in his classes and extracurricular activities.

He was an active member in three engineering RSOs, serving as president of the FGCU chapter of the American Society of Civil Engineers. During his tenure as president, he led the chapter to its highest-ever finish in the Southeastern Student Conference. He also presented his senior design research project in the state finals of the FWEA/WEF Student Design Competition.