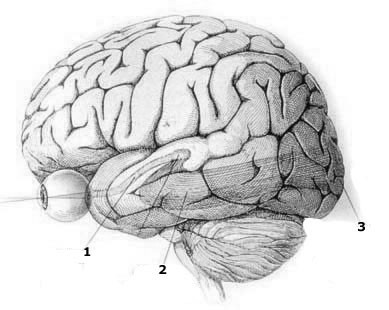 We are interested in understanding the information processing performed by biological sensory systems. Currently we are broadly interested in the mid-level vision problems of scene segmentation and region grouping. We are currently working on the problem of how the early visual system combines multiple cues to detect boundaries between image regions. We make use of psychophysical and machine learning approaches in the hopes of providing insights into both basic sensory function and computer vision applications. Research is currently supported by an NIH R-15 AREA Grant: NIH-R15-EY032732-01

Combination of first- and second-order cues for boundary segmentation Natural boundaries are defined by a number of cues, including differences in luminance, color and texture (DiMattina, Fox, & Lewicki 2012), all of which are integrated in perceptual tasks. However, the exact mathematical rules for cue combination for boundary segmentation, when boundaries are defined by first-order and second-order cues, remain little explored. We are working on studying how cues are combined for boundary segmentation using artificial boundaries combining luminance, texture and color cues, in the hope of better understanding the mechanisms of natural boundary segmentation. This work is a collaboration with Curtis Baker and Fred Kingdom at McGill University.

Previous computational work has shown that deep neural networks trained on object recognition tasks learn intermediate layer representations with nonlinear "receptive field" properties similar to those observed in visual areas V2 and V4. I am currently extending this line of inquiry by analyzing the performance of such networks on mid-level vision tasks like boundary segmentation and shadow detection, and training behavioral decoding models based on these networks to predict human psychophysical observations.

In addition to these main interests in computational vision, I also work in a couple of other areas of Cognitive/Behavioral Science collaboratively with experts in those fields. I have worked with Dr. Nate Pipitone (Evolutionary Psychology/Behavioral Neuroscience) on describing the visual characteristics of stimuli inducing Trypophobia (the fear of holes and bumps).

Being an applied mathematician disguised as a neuroscientist, I have a strong interest in modeling data and developing better ways to collect data in experiments. One very useful tool for doing so are neural networks, but a longstanding problem with these methods are questions of architecture optimization and model selection. I am working in my spare time on developing novel methodologies for simultaneously estimating architecture and parameters of neural models.