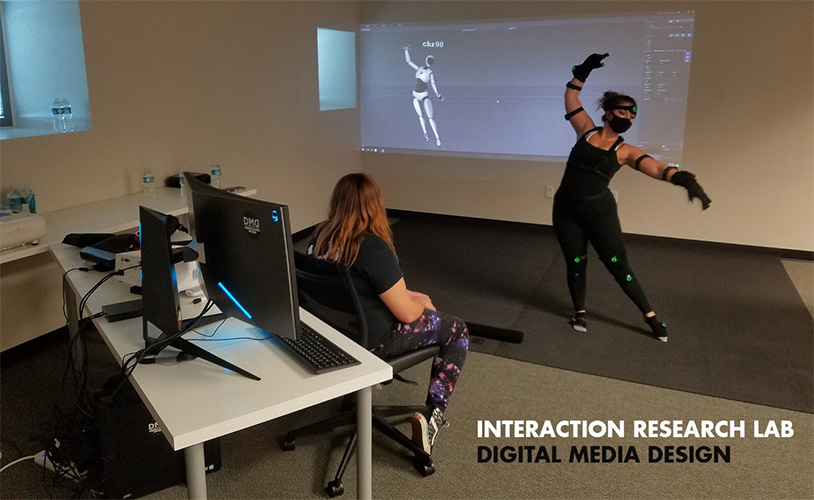 The Interaction Research Lab, directed by Dr. Rama Hoetzlein, is an experimental research space which supports full-body motion capture, hand tracking, and virtual and augmented reality (VR/AR) for immersive environments. This space has been used for collaborations with Dance and Physiology in addition to supporting teaching for 3D Animation. Students in Digital Media Design have access to the Interaction Lab through classes and research collaborations. 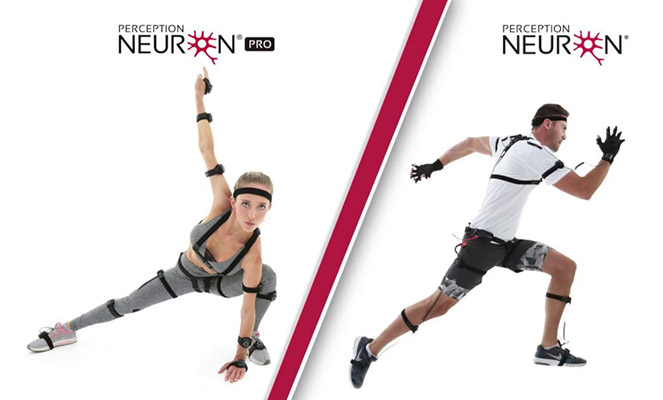 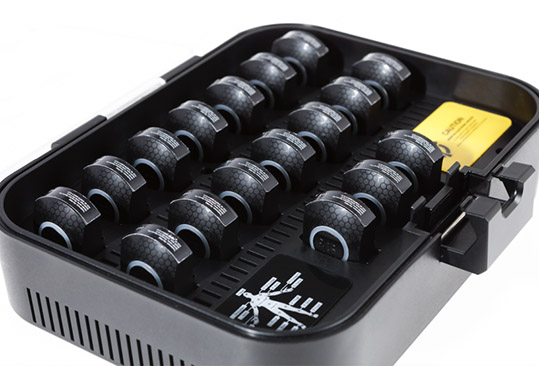 Our lab uses the Notiom Perception Neuron capture system which is an inertial system based on magnetic positioning and thus uses no cameras. Tracking follows magnetic markers strapped to the body. 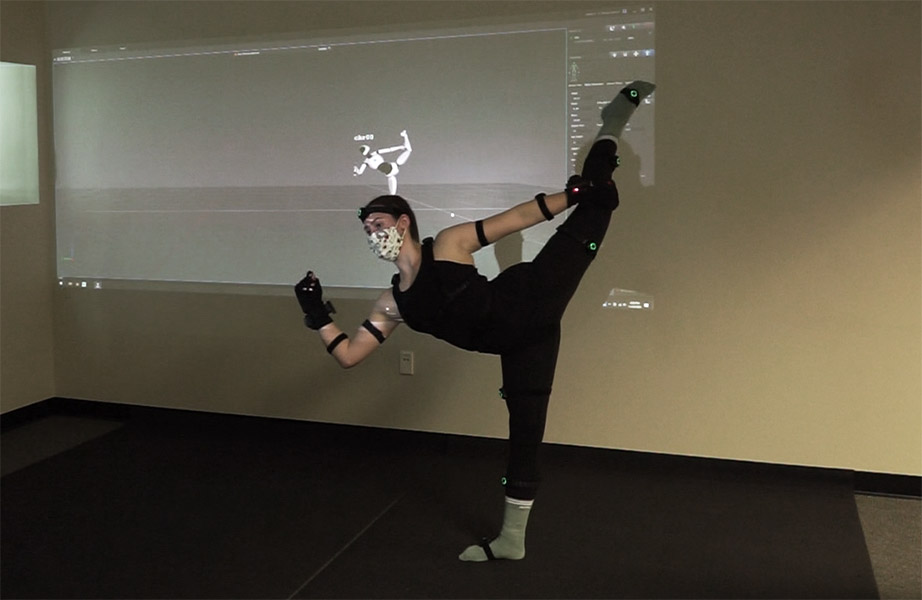 The performer can create complex motions which are recorded at 90 or 120hz. The Notiom system gives high quality data including full turns, jumps and hands. A limitation of magnetic systems is difficulty with feet-free motions (cartwheels, handstands, leaps) yet the costs are significantly lower than multi-camera motion systems and the Noitom is portable. 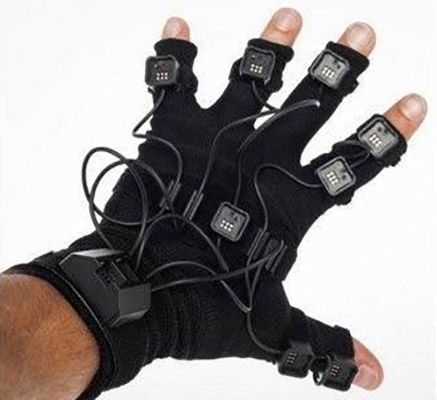 Our lab uses the Noitom VR Gloves to record finger motions. This allows for the recording of full performances including the body and hands. We also use the VR Gloves to explore more detailed and complex experiments for real-time manipulations in virtual reality. 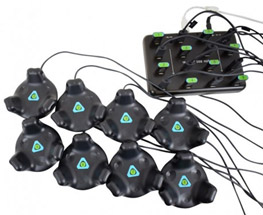 The Interaction Research Lab also has HTC Vive Trackers for experiments in VR/AR. Vive trackers can be placed on any object to track its motion in 3D. Combined with the Noitom for body motion this enables the lab to track objects simultaneously with a human body. Example include moving a box, wielding a sword, or opening a lid.

Students explore a wide range of motions for their own projects. Here our research students record motions for a senior project on violin performance (Angela Humphrey) and for hero and fighting motions (Joseph Adams).