The leadership emphasizes both IQ and EQ. Emotional maturity — empathy, teamwork, and forging meaningful connections with patients — is vital, because it is where the industry is headed. 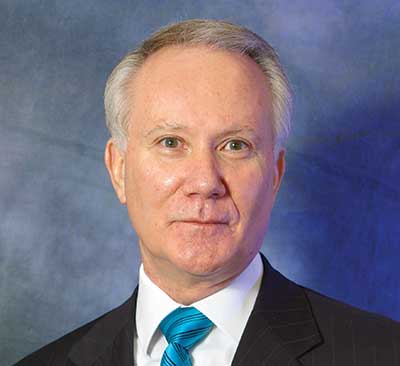 Ed Morton is not your typical Marieb College graduate. And his reasons for attending are anything but conventional. But he nonetheless personifies the kind of dedication that goes into crafting each student’s experience here.

To begin with, Ed is a Vietnam veteran. He earned a degree in financial accounting before many FGCU students’ parents were even born. He found his way into the Southwest Florida healthcare system while performing a third-party audit of the NCH Healthcare System. NCH liked what they saw and, at the age of 24, Ed became their CFO. Over the course of the next four decades, he would also serve as their COO and CEO.

While CEO at NCH, he became one of the FGCU’s first trustees. The more he thought of his role at the university, the more he thought he should be a student. Only then could he advocate for the students’ journeys and properly judge the costs and efficacy of the systems in place. This level of dedication to students’ interests is a key aspect of what sets FGCU apart.

Marieb College focuses on quality, not just in terms of the education and training you receive, but also in terms of your ability to develop as a human being. This makes their graduates increasingly attractive to employers.

Before Ed graduated, he retired from NCH and his term as a trustee ended, but he finished his master’s at FGCU and continued to play leading roles in the regional healthcare system. He has since returned to his accounting roots and is now a partner and managing director at his investment firm, Wasmer, Schroeder & Co. Summing up his impression of Marieb College, he says, “It was really good when I went there. But it’s even better today.”