Sept. 30, 2022 | All FGCU classes, including online modalities, as well as non-essential campus activities are cancelled through Sunday, Oct. 9. We are tentatively planning to return to normal operations Monday, Oct. 10. It is vital to hear from ALL students, faculty and staff so we can assess needs and move forward with reopening campus. It is critical that we hear from you. Call the FGCU Storm Recovery Call Center at (239) 310-5398 as soon as possible. 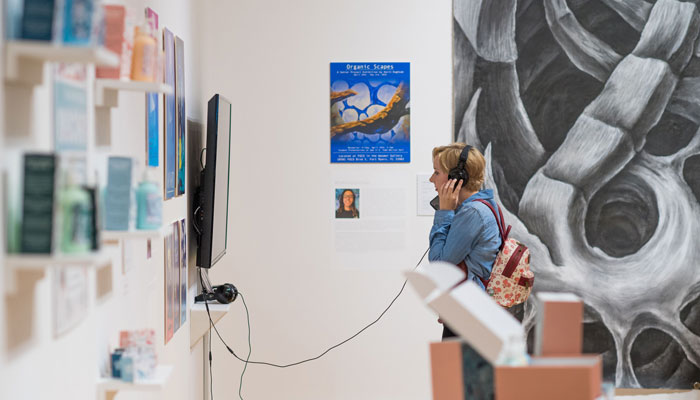 Our first exhibition of the season will celebrate the work of our Spring 2020 Art Major graduates who were unable to exhibit their work in April 2020 due to the COVID-19 outbreak. At the end of their studies, art majors are required to develop and present a coherent body of self-generated work. This exhibition combines their knowledge of techniques and concepts while drawing on research of historical and contemporary artists. Each senior art major in the exhibition designs and creates a unique installation that combines their technical skills and conceptual vision.