The Center offers unique opportunities for students to conduct research with Dr. Bartrop and advance their knowledge of Genocides around the world 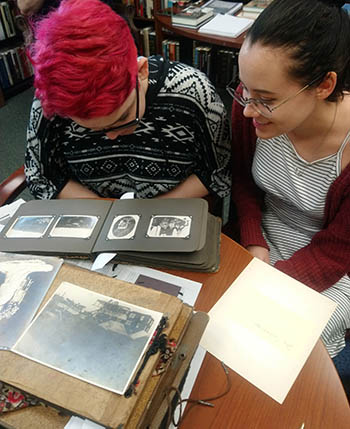 One of the more recent research projects evolved out of a gift to the University of three photograph albums given by a local resident to Florida Gulf Coast University. These albums captured stories of the neighbor's wife, a part of a Nazi family in Germany prior to and during the war. The students pictured are working to discover more about the families, the times and the fashion.