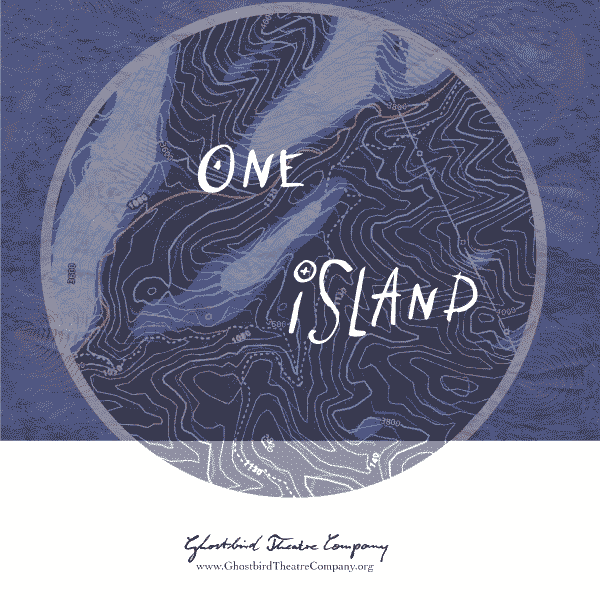 Ghostbird Theatre Company
ONE ISLAND CONNECTS US ALL

“One Island,” the hybrid performance-installation piece from Ghostbird Theatre Company and FGCU’s Wasmer Art Gallery,
will feature performances on

Early in the pandemic, a trio of FGCU luminaries came together. Dr. Jim Brock, professor in the university’s Department of Language and Literature, alumna Brittney Brady, who is based in California, and former instructor Kimberly Campanello, who lives in the U.K., met over Zoom for connection and collaboration. What arose from those early conversations is “One Island,” a hybrid performance-installation piece appearing at the Wasmer Art Gallery in June 2022. The show features interlayered vignettes, poems, songs, videos and soundscapes.

“I like to think of it like a collection of poems,” Brock explains. “As you move from one to another, you can have a completely new subject. Yet the work still registers the same note thematically and emotionally.”

“One Island” explores ancient history as a way to lend perspective on the current situation humans find themselves in. The performance turns around a central image—Pangea, the land mass formed when the continents drifted together roughly 335 million years ago. Evidence of this once-united continent is present today in the existence of trilobites, inch-long vertebrates whose fossilized remains can be found in such far-flung places as Florida, Morocco and Ireland. Brock sees them as “the vestigial remains that connect us to the very deep time of earth’s history.”

“One Island” speaks to the isolation, upheaval and displacement of the last few years, not just the pandemic but also the continuing climate crisis and now the war in Ukraine. The performance’s assorted pieces strive to capture the mood of this particular moment. “We explore our connections to ourselves and deep time, but also the alienation that defines our Anthropocene era,” Brock says. “Thinking about our own spirituality, our daily health, the state of the world today—it all feels fragmented and atomized. In building this performance, we wanted to capture that experience.”

Ghostbird Theatre Company was founded in 2012, and the company recently received a grant from the National Endowment for the Arts to develop “One Island.” Ghostbird focuses on immersive site-specific work, creating performances tailored to a particular space rather than a traditional stage setting. Past performances have been held at Koreshan State Park, the Langford-Kingston home in downtown Fort Myers and the Sidney & Berne Davis Art Centre. “In a theater space, people come with certain expectations,” Brock says. Ghostbird seeks to challenge those expectations.

“One Island” soon expanded to include five more collaborators—Xiaoyue Zhang, Juliana Morgan Alvarez, Katelyn Gravel, Philip Huebeck and Carolina Vargas Romero. “We went into it with an openness to the process,” says FGCU alumna Brittney Brady, who has an MFA in directing from CalArts “It’s not a conventional performance piece with a person who writes the text and performers who perform it. We’re all generating material, we’re all contributing to a kind of archive. It’s been a way to cope with the last two years and the uncertainty of all of it.”

Uncertainty is a theme that runs throughout the performance. “We’re committed to staying in the questions,” Brady says. “We ask, how can we be very present in this unknowing place? How do we hold it all tenderly?”

Ghostbird’s performances leave its audiences with a spectrum of emotions that go far beyond what a traditionally staged play might elicit. “One Island” is no different. At times disorienting, at times hopeful, the piece strives to contain both our current state of upheaval as well as life seen through the longest lens—“layers of time and civilization, traces of eras that have come and gone,” Brady says. The experience is like reading poetry, as Brock said, or like sharing a collective dream.

“I dreamt last night of the show,” founding collaborator Kim Campanello wrote to the group in April. “The opening was a montage film of the sea and a boy talking about the sea. Then the sea was there in the gallery and the performers were in it and on the sand, stretched out, trying to speak to each other in the wind, feeling all the things that can be felt. There was danger in the atmosphere but also beauty.”

This feeling of “danger in the atmosphere but also beauty” is one of the many sensations “One Island” explores, distilling our collective experience of the last two years and returning to the connectiveness of humanity. It doesn’t seek a neat resolution but instead allows the story to remain in the questions. “We don’t know the end. We’re still very much in it,” Brady says. “Through our process we are committed to moving away from understanding.” 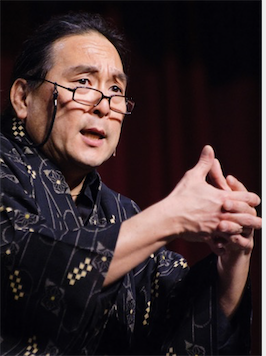 Experience the power of spoken stories, told live in the Wasmer Art Gallery at the Arts Complex. Stories surrounded by art! Join a performance by a professional storyteller or tell your story at the open mic community events. Personal stories, historical stories, folk tales, and more. Captivating and entertaining. FREE and Open to the Public. Sponsored by the Seidler Foundation and the Department of Language and Literature.

*Events may have alternate locations and times. Barry Bauman
THE CONSERVATION OF PAINTINGS: HISTORICAL AND TECHNICAL DISCOVERIES

Is it true that a painting conservator is also a detective? According to conservator and art historian Barry Bauman, every painting has its secrets. During his 46 years of experience treating and analyzing damaged paintings, he has uncovered many of them—lost signatures, hidden dates, and entire paintings hidden beneath other works. Two of his discoveries were so phenomenal they landed on the front pages of The New York Times. Barry Bauman is an Elected Fellow of the American Institute for Conservation and former Associate Conservator of Paintings for the Art Institute of Chicago. 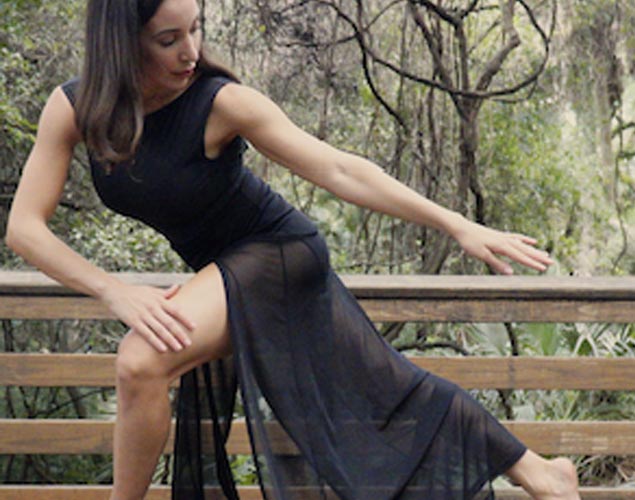 Senior Dance Major, Taylor Greco from Palm Beach Atlantic University will be presenting her dance performance live in the Wasmer Art Gallery. Her performance entitled "Art Essential" portrays her experience and connection to the Coronavirus pandemic. The piece has been created during her recovering from COVID-19. This work explores elements of spirit, fragility, and resilience in response to and inspired by the works of Heather Couch, Terre Rybovich, Marina Font, and Renee Rey seen in the exhibition 'When We See Further."