Voting and the US Military

Widespread student protests erupt over the Vietnam War and its draft policies, with emphasis on the discrepancy between draft requirements & voting rights; at age 18 men could be sent to Vietnam, but would not be allowed to vote until age 21. 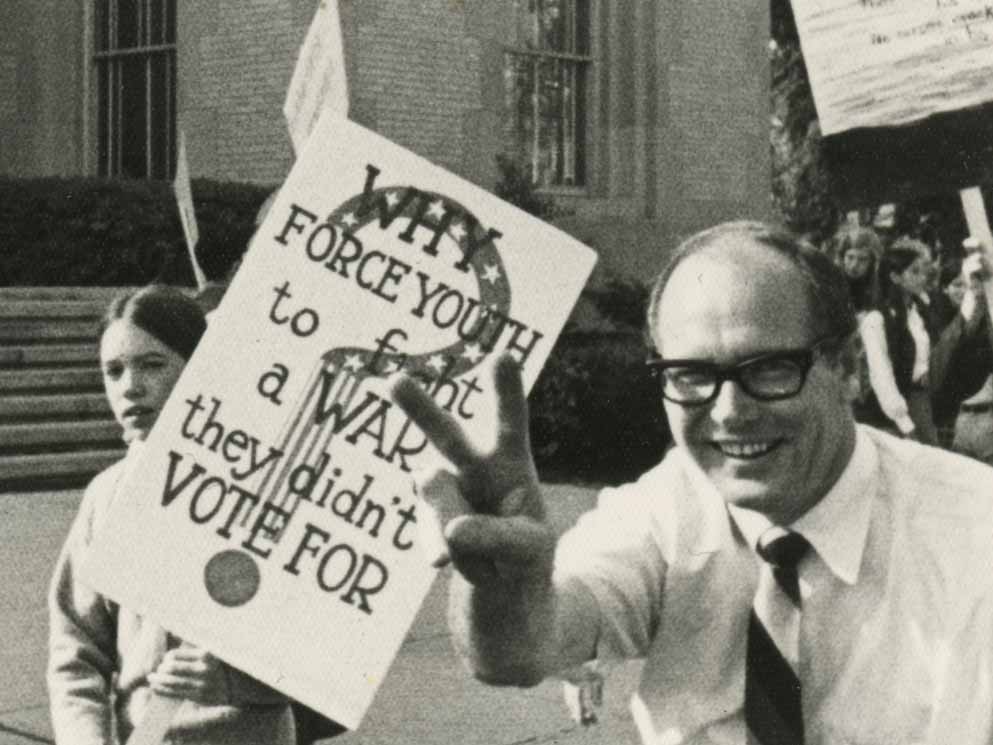 "A War They Didn't Vote For" 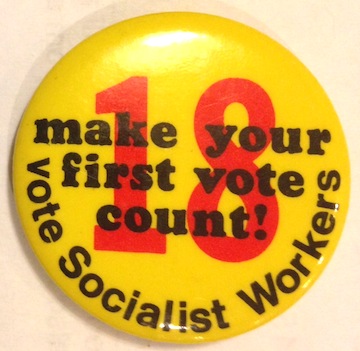 Adults aged 18 through 21 are granted the right to vote by the 26th Amendment to the United States Constitution.

1970-1971, Washington, D.C - President Richard Nixon attempts to extend The Civil Rights Act of 1964, which granted the right to vote to all US citizens regardless of their skin color, but this attempt at legislation is shot down when the states of Oregon and Texas file suit against the extension of the act. Their claim that the extension violate “the reserve powers of the states to set their own voting-age requirements” is upheld in the Supreme Court, which renders the extension ineffective countrywide.
After increasing pressure from student activist groups, the 26th Amendment to the Constitution is introduced and ratified in 1971. The Amendment extends voting rights to citizens 18 years or older, when previously, only those over the age of 21 could vote. There is virtually no resistance to the passage of the 26th Amendment; it holds the record for the shortest time between introduction and ratification into law of any amendment to the United States Constitution.
Image courtesy of the National Archives and Records Administration. 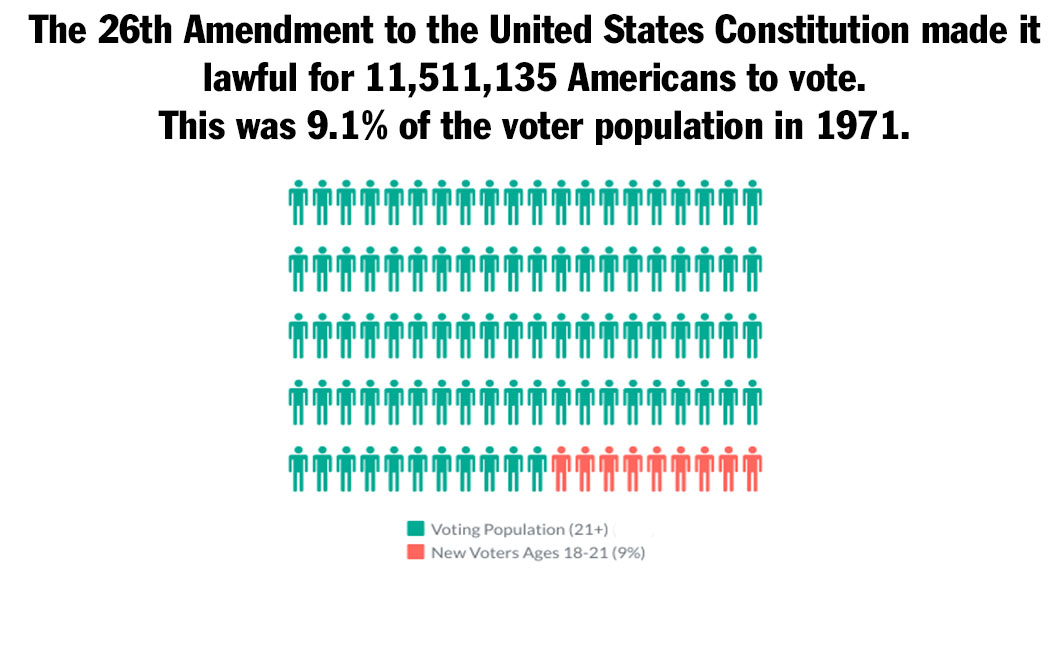 The Uniformed and Overseas Citizens Absentee Voting Act is passed, allowing US military and their families to vote through absentee ballot while abroad.

1986 Washington, D.C. - Voting rights for citizens who may not be residing in the United States, including active service members of the military, are federally protected through The Uniformed and Overseas Citizens Absentee Voting Act (UOCAVA). While many overseas military personnel were able to vote prior to this legislation, UOCAVA establishes federal protections and creates The Federal Voter Assistance Program to facilitate absentee voting.

"UOCAVA requires that the states and territories allow certain groups of citizens to register and vote absentee in elections for Federal offices. Those groups include: members of the United States Uniformed Services and merchant marine; their family members; and United States citizens residing outside the United States.”

The Uniformed and Overseas Citizens Absentee Voting Act made it lawful for 995,546 Americans to vote from abroad.

This percentage of the population is too small to be illustrated via an Infographic.

For more information on how to cast your absentee vote, visit the Federal Voting Assistance Program's website at https://www.fvap.gov/

Next: Explore Voting in Pop Culture