Chairman and Editor-in-Chief of Forbes Media

"Your brand is the single most important investment you can make in your business." 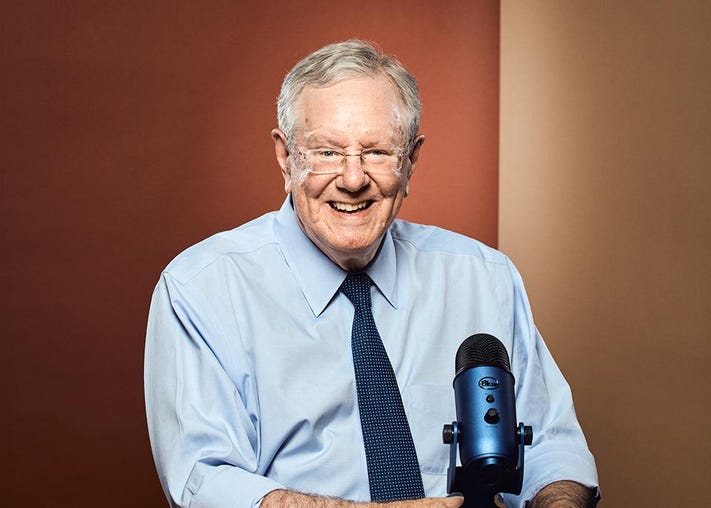 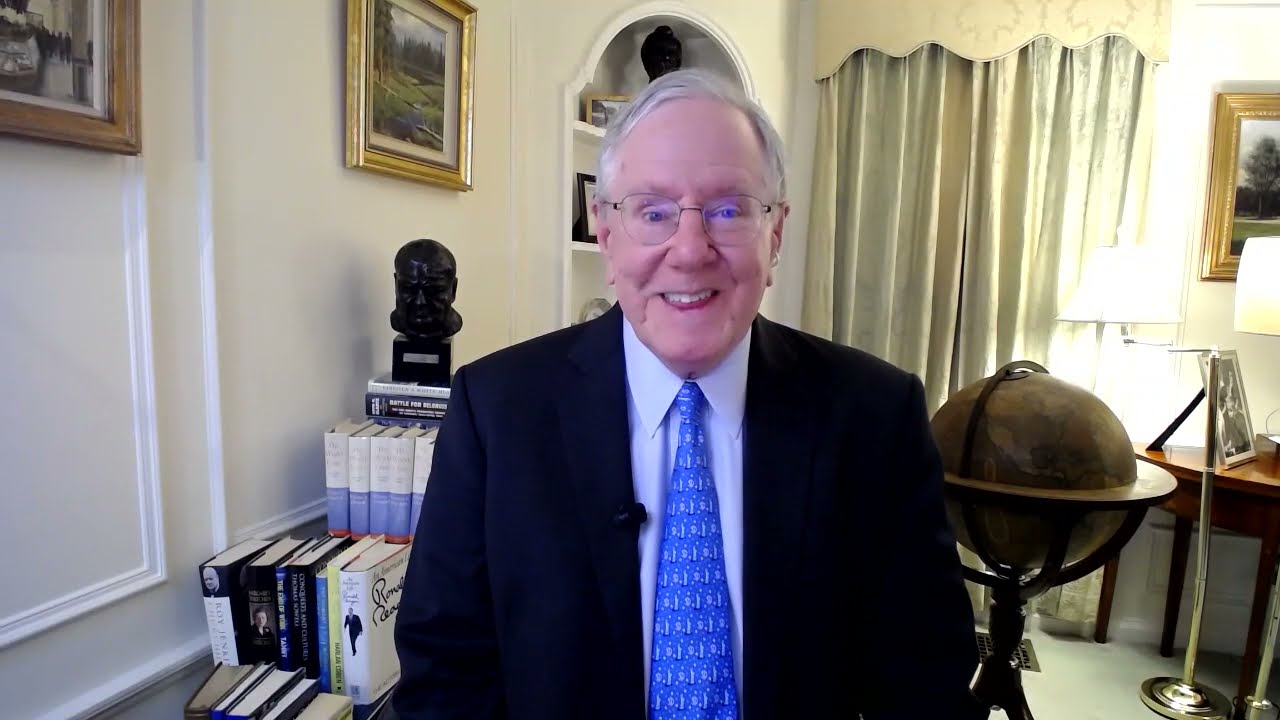 Ticket information for 2023 will come soon!

The revenue generated through ticket sales will support scholarships and awards for FGCU students.

Check back for details on our next conference.

Get some insight into local family businesses in SWFL, learn more about a family affair.

FGCU is committed to keeping our community safe; stay safe while at the nest. 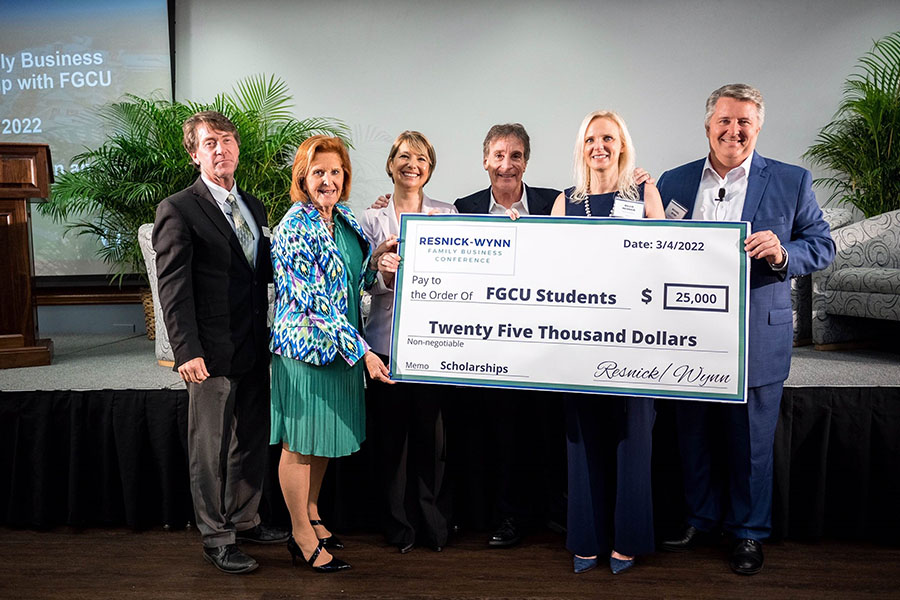 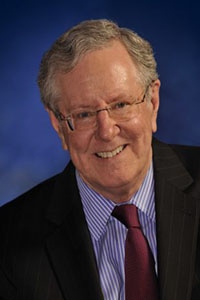 Steve Forbes is Chairman and Editor-in-Chief of Forbes Media.

Steve’s webcast, “What’s Ahead,” which comes out several times a week, gives listeners signature insights to help them better navigate these turbulent times.  Steve helped create the highly acclaimed and award-winning public television documentary, In Money We Trust? which was produced under the auspices of Maryland Public television. The film was inspired by the book he co-authored, Money.

Steve is co-authoring a much-anticipated book on inflation due to be published early next year.

Steve writes editorials for each issue of Forbes under the heading of “Fact and Comment.” A widely respected economic prognosticator, he is the only writer to have won the highly prestigious Crystal Owl Award four times. The prize was formerly given by U.S. Steel Corporation to the financial journalist whose economic forecasts for the coming year proved most accurate.

In both 1996 and 2000, Steve campaigned vigorously for the Republican nomination for the Presidency. Key to his platform were a flat tax, medical savings accounts, a new Social Security system for working Americans, parental choice of schools for their children, term limits and a strong national defense. Steve continues to energetically promote this agenda. 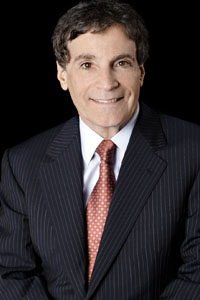 John Resnick is a founder of The Resnick Group of Naples, Florida. He has extensive knowledge and expertise in providing life insurance guidance, estate planning, and business succession for affluent families and executives. His clients are recognized as some of the most successful families and business leaders in America.

He is a co-author of The American Bar Association’s 2018 national book, “Due Diligence of Trust Owned Life Insurance”, a guide for estate planning attorneys, family offices, and professionals. His continuing education courses have been attended by more than 3,000 attorneys and CPAs. John is an advocate of the team approach and believes that clients are better served when their professional teams work in concert.

In January 2002, John and Billie Resnick created the radio program Legends of Success which aired on WHP-AM 580 in Harrisburg, PA and is now syndicated on over 100 radio stations in the U.S.  Legends of Success shares John's rare one-hour interviews with America’s top CEOs, the Forbes 400, and entertainment icons. Guests have included: Steve Forbes of Forbes Media, Evelyn Lauder of The Estée Lauder Companies, Jack Welch of GE, Sara Blakely of SPANX, Howard Schultz of Starbucks, Dan Cathy of Chik-fil-A, blues legend B.B. King, entertainment legend Jerry Lewis, and William Randolph Hearst, III, and many others. 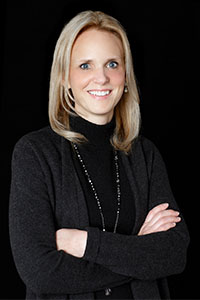 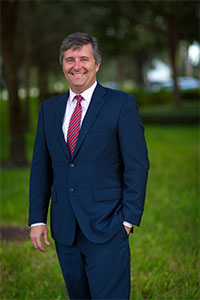 Michael A. Wynn has served as board chairman and president of Sunshine Ace Hardware in Naples, Florida since 2005.

Sunshine Ace Hardware first opened in 1958 and is one of the largest family-owned home improvement and outdoor recreation retailers in Florida.  Currently there are twelve locations delivering friendly, helpful service and quality brands to Pinellas, Manatee, Charlotte, Lee and Collier Counties. He has held various positions with increasing responsibility with Sunshine Ace Hardware since 1992.

Mr. Wynn is the current Chair of the board of directors of the Miami Branch of the Federal Reserve Bank of Atlanta.  He is also a member of the board of directors for the Greater Naples Chamber of Commerce (past-chair), Leadership Collier Foundation (past-chair), Moorings Park Inc. (chair), and the NCH Healthcare System (2nd vice chair.)  He is a member of YPO and serves on the Florida Gulf Coast University (FGCU) Foundation Board.

He received a BS in Business Administration from the University of South Florida in 1997 and an MBA in Business Administration from Florida Gulf Coast University in 2005.  He was awarded Hardware Industry’s Top Gun Award presented by the National Retail Hardware Association in 2014, Finalist for the Ernst & Young Entrepreneur of the Year Award in 2014, Junior Achievement’s Business Hall of Fame Laureate in 2014, 2017 FGCU Alumni of the Year, voted the 2017 Gulfshore Business Best Boss for a Large Company, Business Observer’s 2019 Icons of Business and awarded the 2019 Naples Daily News Outstanding Citizen of the Year.

Michael resides in Naples and has two daughters Sydney and Olivia.

Committed to helping the success of family owned businesses in Southwest Florida and surrounding areas for generations to come. 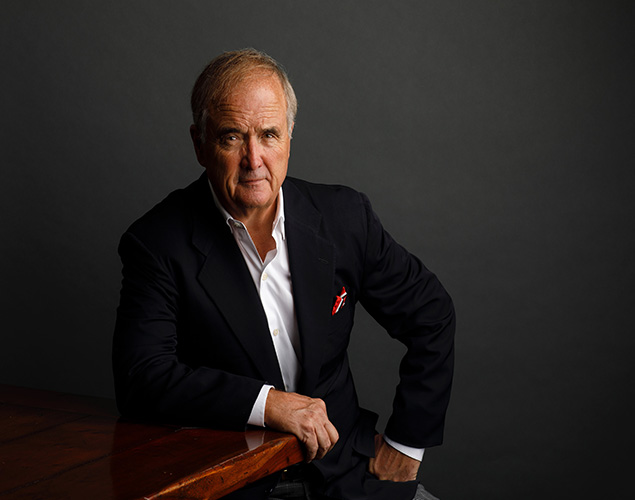 The Hoffmann Family business’ desire to invest and enhance the Southwest Florida region started with just four employees and a few buildings and has grown to over 2,300 employees, 35 properties and 35 operating businesses in Florida, primarily in the hospitality sector including the Hertz Arena and the ECHL Florida Everblades hockey team. Worldwide, the Hoffmann Family of Companies employs over 6,000.

Named 2019 Man Of The Year by Gulfshore Life Magazine and Grand Marshall of the Naples St. Patrick's Day parade. Mr. Hoffmann has been recognized in the 2020 &2021 Florida Trend 500 list, Naples Top 100, is a member of the Florida Council of100 and has been featured in numerous business publications such as the cover of Business Week, The Wall Street Journal, The Chicago Tribune, The Chicago SunTimes, The New York Times, The St. Louis Post Dispatch, The Business Journals,Crain’s Chicago Business, Smart Money Magazine, The Pioneer Press and Fortune magazine. He has also made multiple appearances on Fox Business, CNN and CNBC.

Find out how the Hoffmann's continue to grow their enterprise 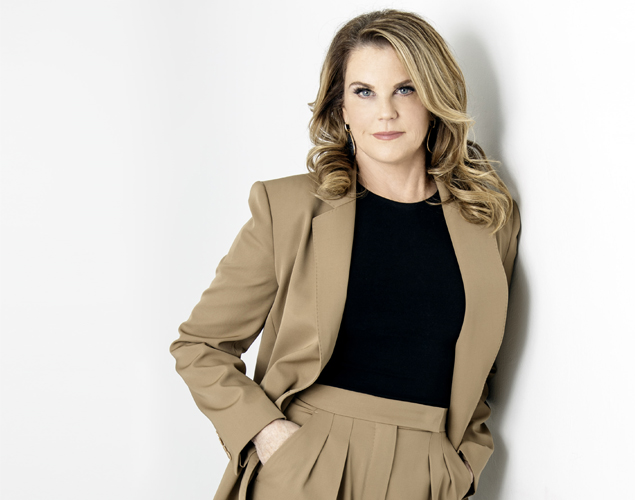 Shelly Stayer is co-owner and Chairperson of the Board of Johnsonville, the nation’s No. 1 sausage brand that has grown from a small butcher shop into a multibillion-dollar global operation.  Johnsonville is now the number 1 brand in the USA and over 40 countries.

Beyond business, her true passion is philanthropy. She founded the Shelly Stayer Shelter for Human Trafficking Victims in 2018. Located in Florida, the 15,000-square-foot shelter provides a safe haven for victims of human trafficking and domestic violence.  Shelly is the founder of Reilly’s Ranch of Recovery, an equine facility dedicated to the recovery of woman of addiction, located in Wisconsin.

Shelly has been Entrepreneur of the Year in the state of Wisconsin and Florida. Shelly is a member of the Boston College board.  A Florida magazine has named Stayer “The most sought after event chair in Naples”. 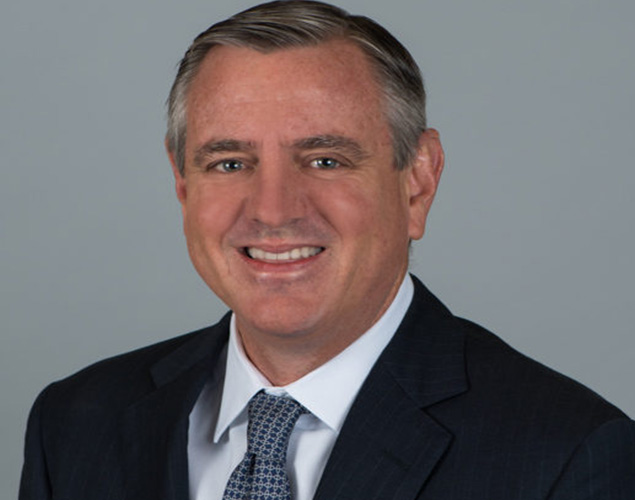 Blake Gable is the CEO of Barron Collier Companies, a fourth-generation private investment, agriculture, and land development company based in Naples, Florida. Blake began his career with Barron Collier Companies in 1999, serving various leadership roles including project manager during the establishment of the new hometown, Ave Maria, Florida; and vice president of mineral management and real estate.  Blake now oversees a team of 140 employees, 1.3 million square feet of commercial properties, private land holdings of more than 80,000 acres, and one of South Florida’s largest citrus operations.

Blake graduated from Tulane University, where he earned a Bachelor of Arts degree with a History major. For five years after having received his undergraduate degree, he was Legislative Director of United States Representative Ed Pastor (AZ) in Washington. Upon moving back to Florida, he received a Master’s degree in Business Administration from the Executive MBA program of Florida Gulf Coast University.

Commitment to his community is a priority for Blake, who has graduated from both the Leadership Collier and Leadership Florida programs.  As the Chairperson of the Florida Gulf Coast University Board of Trustees, Gable directs his efforts towards the future of higher education for the state of Florida and the business opportunities available to young professionals post-graduation. He also sits on the Audit and Governance Committees for the Board at Consolidated-Tomoko Land Company, a real estate company with a portfolio of income investments in many markets in the United States. In addition, he was a member of the Board of Enterprise Florida- the statewide economic development arm, a former Trustee of the area YMCA, a former Director of The Immokalee Foundation, and previously involved with the area American Heart Association, United Way, and the Randy Roberts Foundation.

Blake, an avid traveler and sports enthusiast, spends free time with his wife, Janet, and their two children. 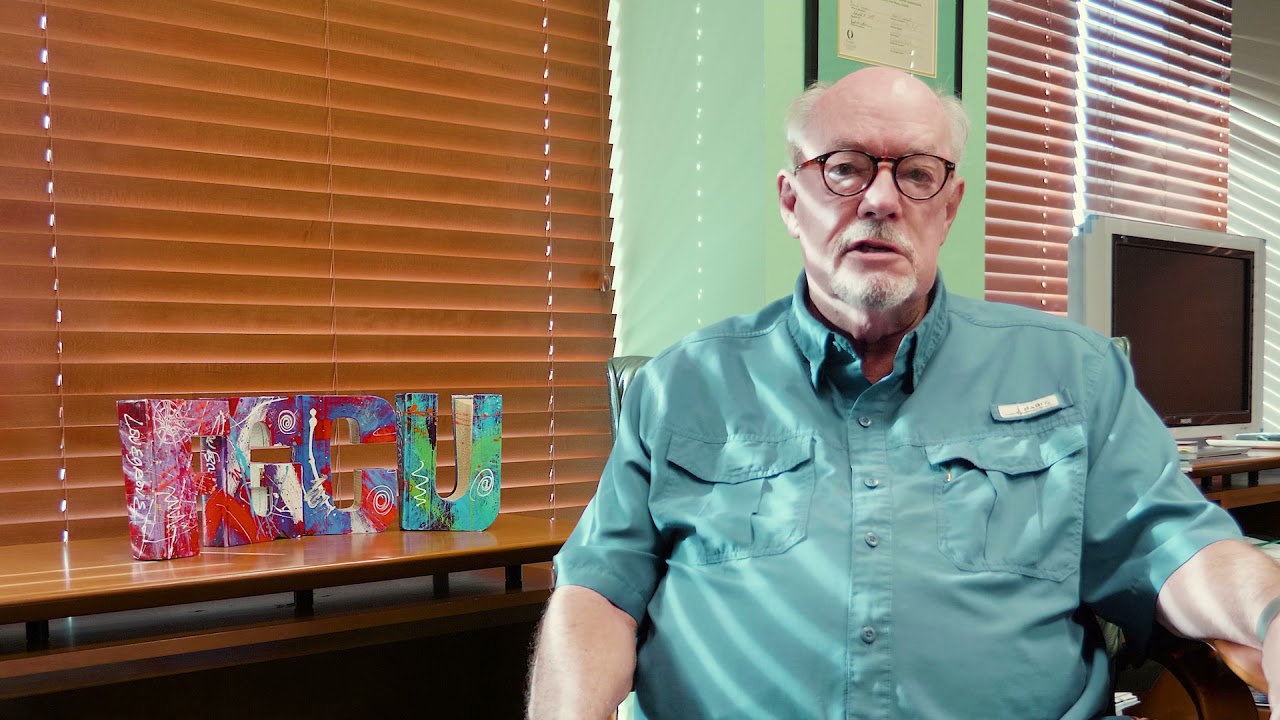 "Family businesses are difficult and face unique challenges to prosper and survive ...financial obstacles, leadership transition to the next generation or outright sale of the company, technology disrupters, and environmental issues are all decisions family owned businesses need to address. . The Resnick Wynn Conference will help you navigate through these challenges and more."

"Family business owners are often so focused on building their business, they don’t take the time to plan and preserve the business for future generations.

An inheritance is what you leave, but your legacy is how you leave it."

All ticket sales will go towards scholarships and awards for FGCU students.

Thank you to all of our 2022 sponsors, helping to make sure small family businesses stay alive. 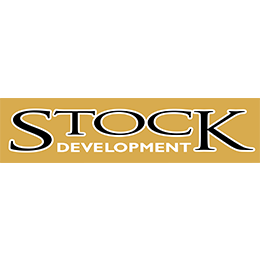 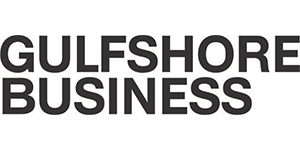 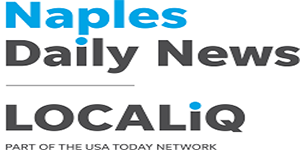 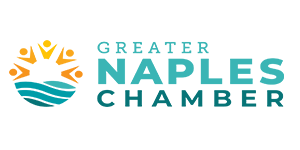 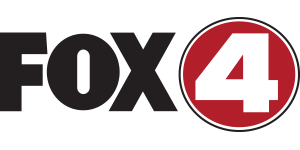