The Women of Ravensbrück

On April 28, 1945, the Swedish press filmed the arrival of ferries carrying thousands of Nazi concentration camp survivors to the safety of Malmö Harbor. The ferries held some of the last of those liberated by the Swedish Red Cross White Bus Rescue Action, many of whom were women and children from Ravensbrück. The footage was largely forgotten until 70 years later when Swedish filmmaker Magnus Gertten discovered it and sought to identify the survivors. His film Every Face Has a Name documents the survivors as they see the footage for the first time and share their memories of the day ‘life began again’.

“[These] moments and scenes are taking place all over the world today. Endless streams of war survivors arriving to a new country. All anonymous. Faces without names.” - Magnus Gertten 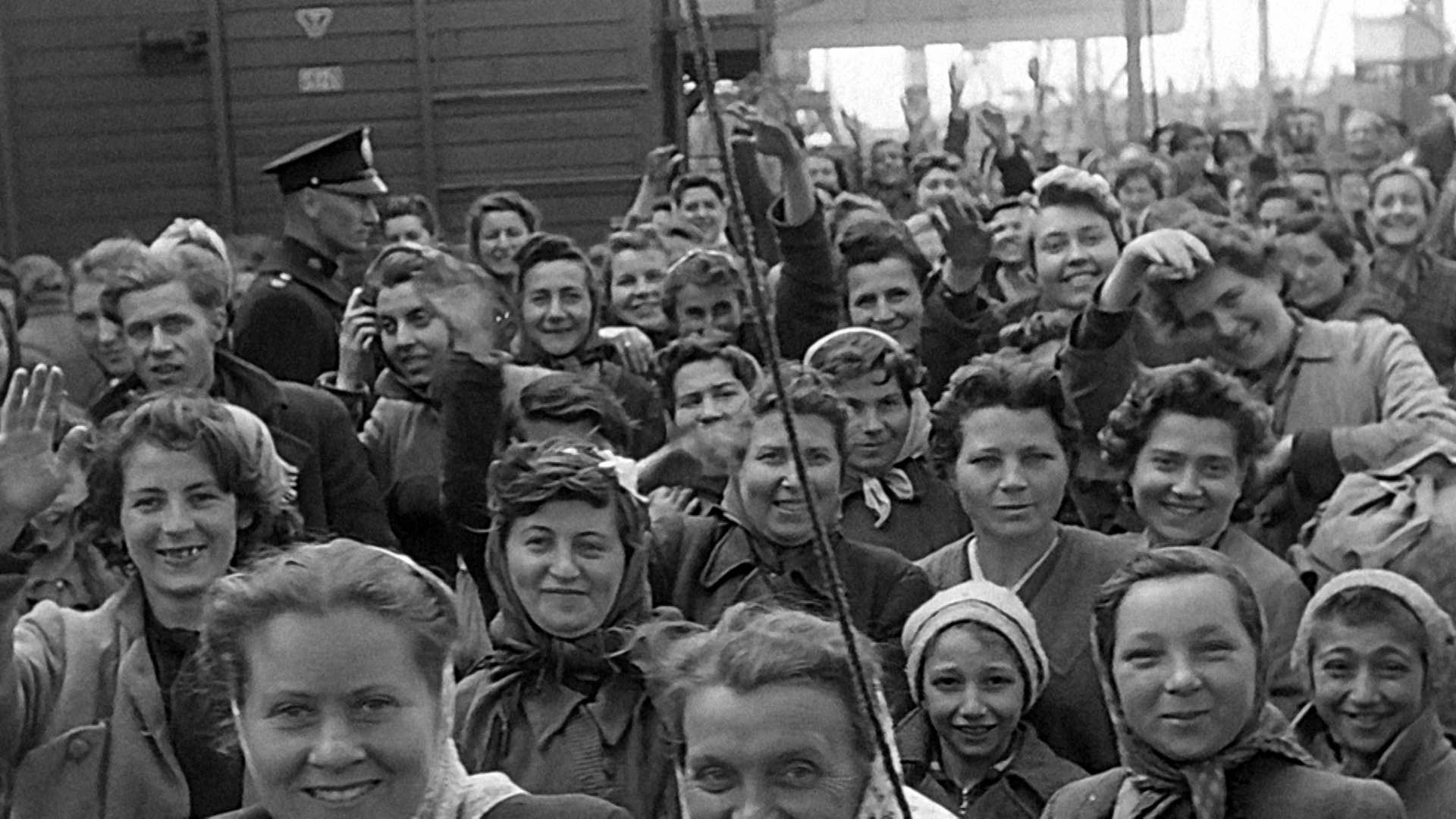 Bernard Kempler (lower right side) and Anita Lobel (Kempler) (lower right corner) spent their early childhoods in Krakow Ghetto (Poland). The siblings survived both Plaszow and Auschwitz concentration camps prior to arriving at Ravensbrück. Ravensbrück, just 95km north of Berlin, was designed solely for the imprisonment of women. To ensure the siblings remained together Bernard was dressed as a girl from the age of six. In 1945, Anita and Bernard were liberated by the Swedish Red Cross White Buses and transported to Malmö by ferry. Eventually the children were reunited with their parents and emigrated to New York in 1952. Today, Anita is a children’s book illustrator, and still lives in New York City. Bernard is a psychologist and lives with his family in Paris, France. 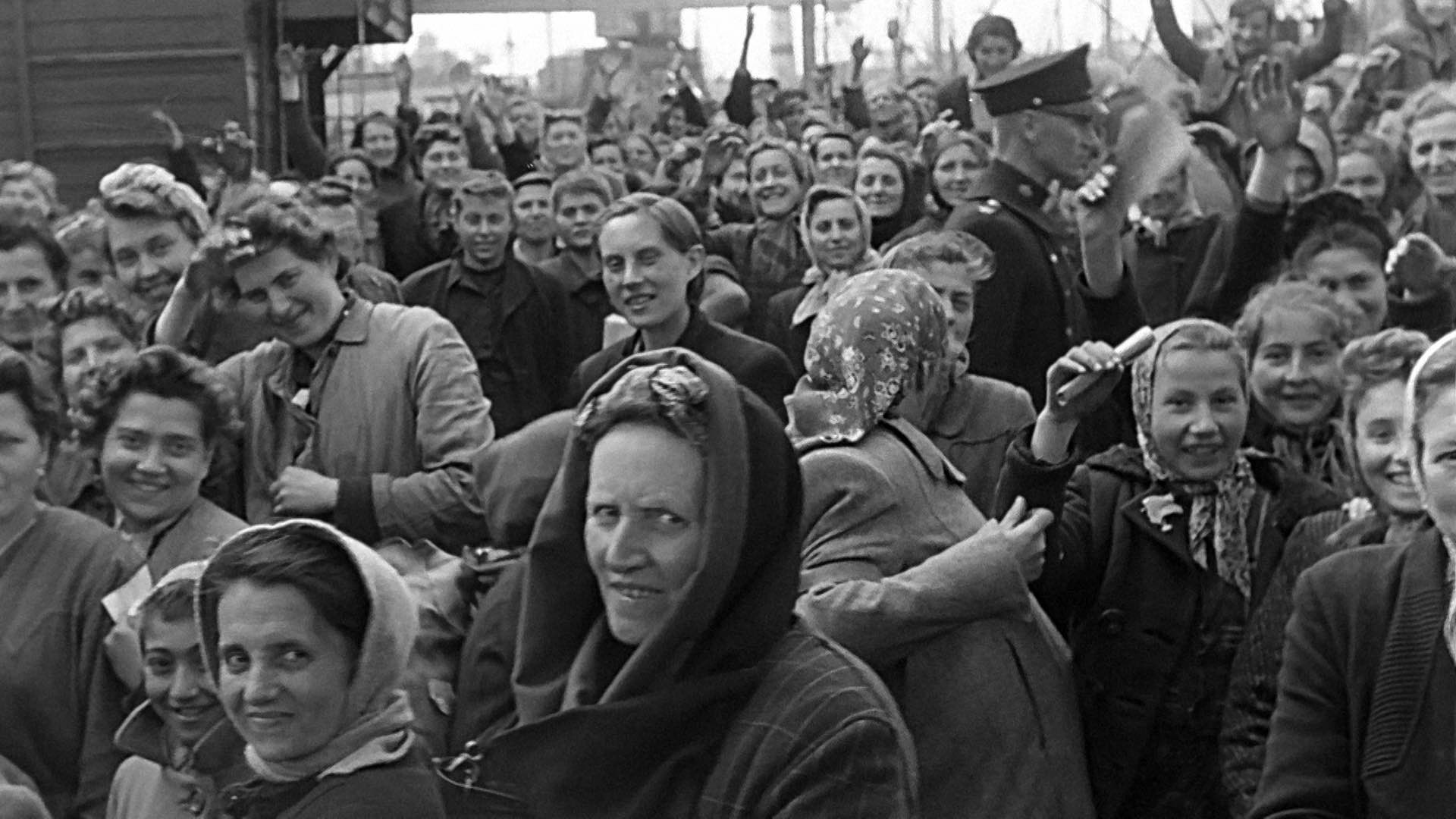 Trien de Haan-Zwagerman (center facing camera),  was born in 1891 in a small town in the Netherlands. She married Bart de Haan, an anarchist-socialist, and became involved with the socialist movement. During the 1920s and ’30s Trien was a prominent figure in left-wing, pro-labor political groups across the Netherlands. Arrested for distributing anti-Nazi propaganda, Trien spent three years in Ravensbrück where she acted as “camp mother” to younger women and girls. She was liberated by the White Buses and reunited with her husband in 1945; together they pursued social equality and sexual health reform for another 40 years. She passed away in 1986 at the age of 94. A gifted poet, Trien wrote of Ravensbrück: “Women, now deprived of wings all upheave your eyes and try to withstand the pain and sorrow and reach the everlasting sky.” 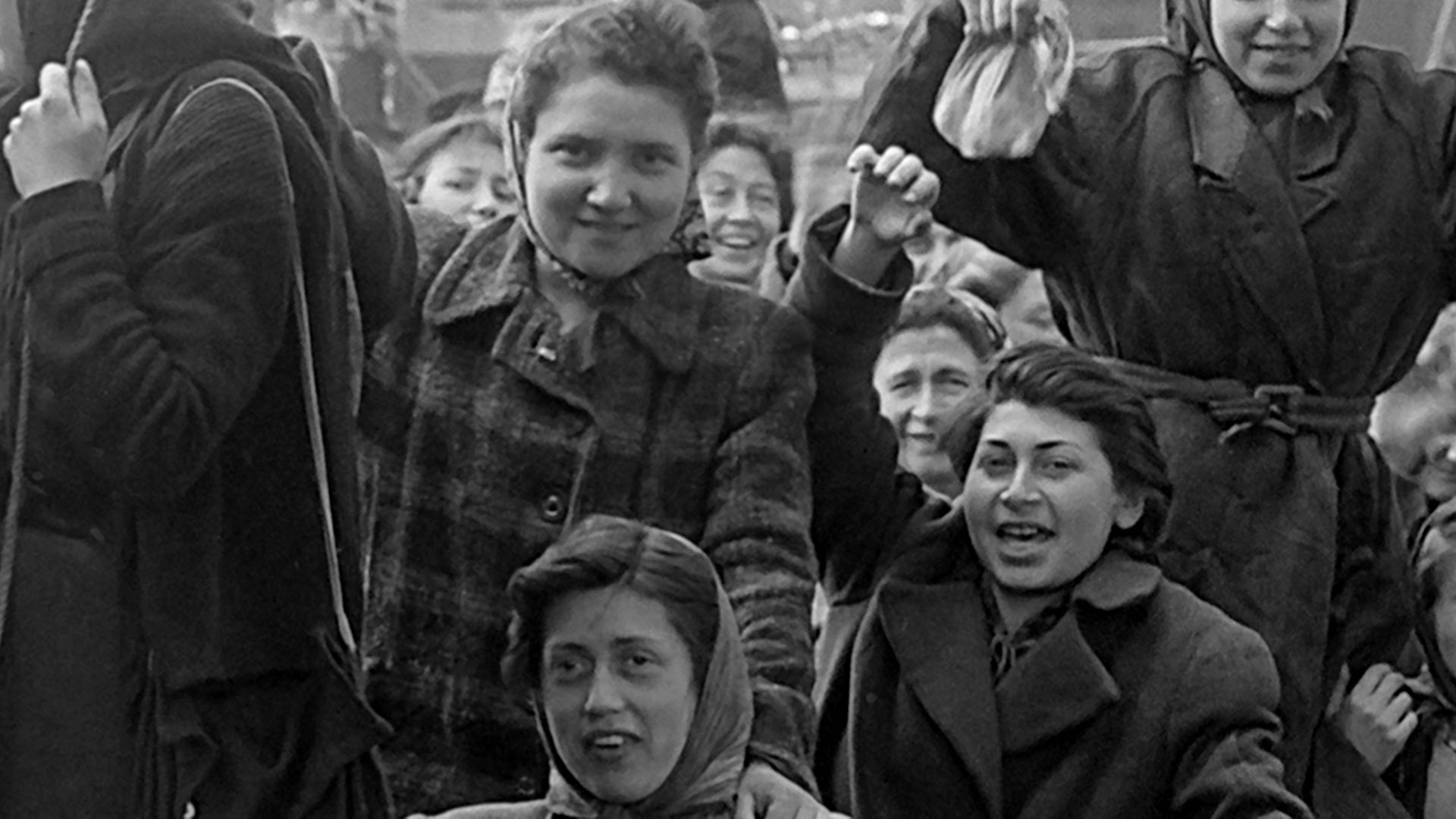 Judith Popinski (Sahariasch) (just left of frame), Eda Karo (not pictured), Masza Stern (checked coat), Lolka Calel (right in front of Masza), and Mala Landsberg (standing on Lolka's right, waving her hand) worked in a laundry while trapped in Lodz Ghetto (Poland). The five Jewish families were transported to Auschwitz in August 1944. Their families were killed at Auschwitz; the young women were left with only each other. Miraculously, the friends would remain together through their imprisonment at two more camps, first Sachsenhausen and then Ravensbrück. After being liberated from Ravensbrück, the friends would find freedom together in Malmö on April 28, 1945. Judith married Abram Popinski, a friend from the Lodz Ghetto. They lived together in Malmö for 64 years. She passed away in 2018, at 95. 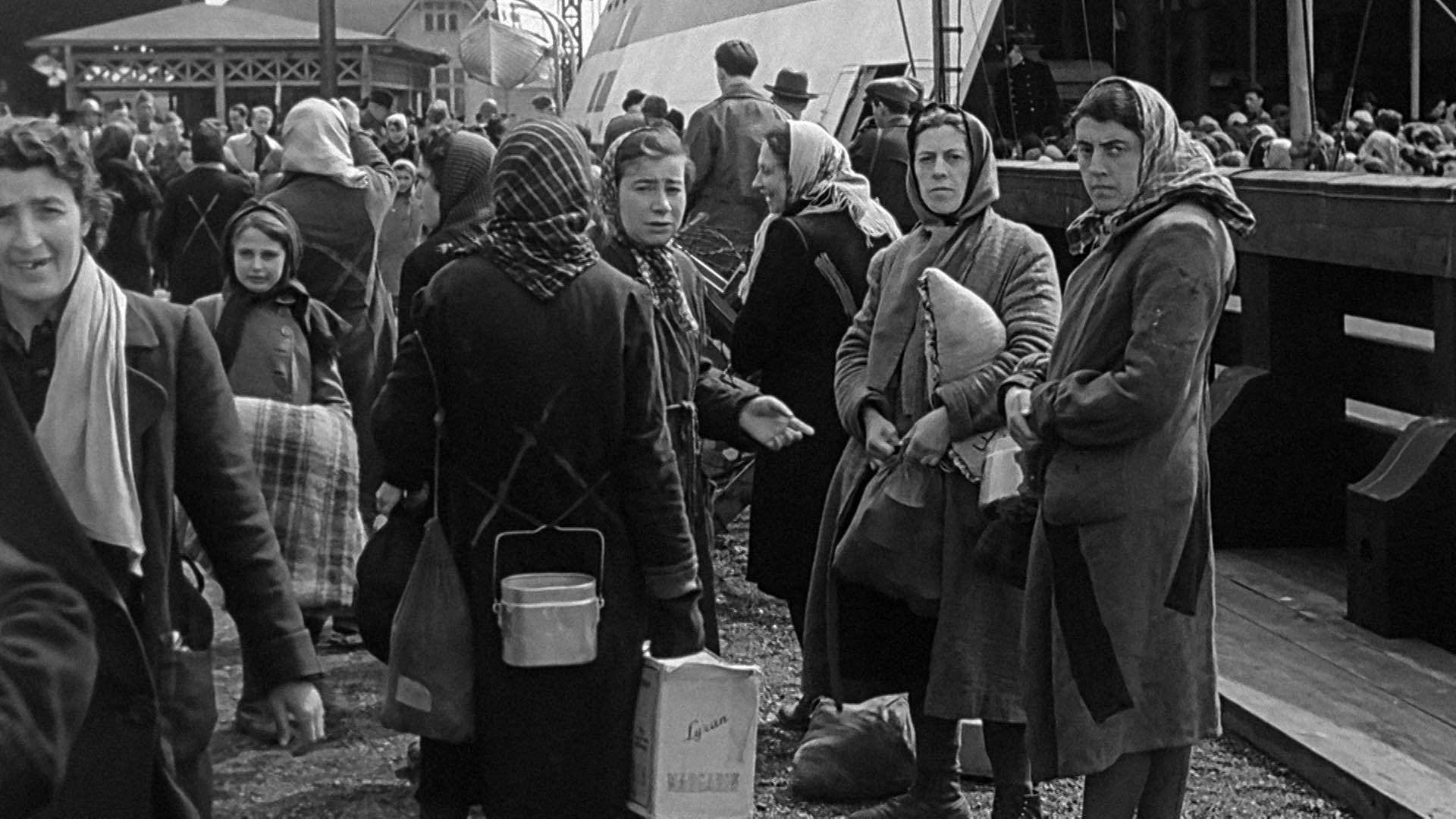 Fredzia Marmur (Sonabend) (child on the left, holding a blanket) was born in Lodz, Poland in 1935. She and her mother, Felicja Sonabend (right of Fredzia, center of photo), were deported directly to Ravensbrück from the Lodz Ghetto. Young Fredzia was forced to work at the Siemens factory adjacent to the camp until she caught scarlet fever. Each day as her mother walked to the infirmary she worried that her daughter had been “disposed of,” like most ill prisoners. Fredzia survived the fever and mother and daughter were liberated by the Swedish Red Cross in 1945. Fredzia and her mother were reunited with her father and remained in Sweden for many years. Today Fredzia and her husband, Rabbi Dow Marmur, live in Israel. Fredzia identified Rusjka (last name unknown) and Sara Nowak from the film footage. 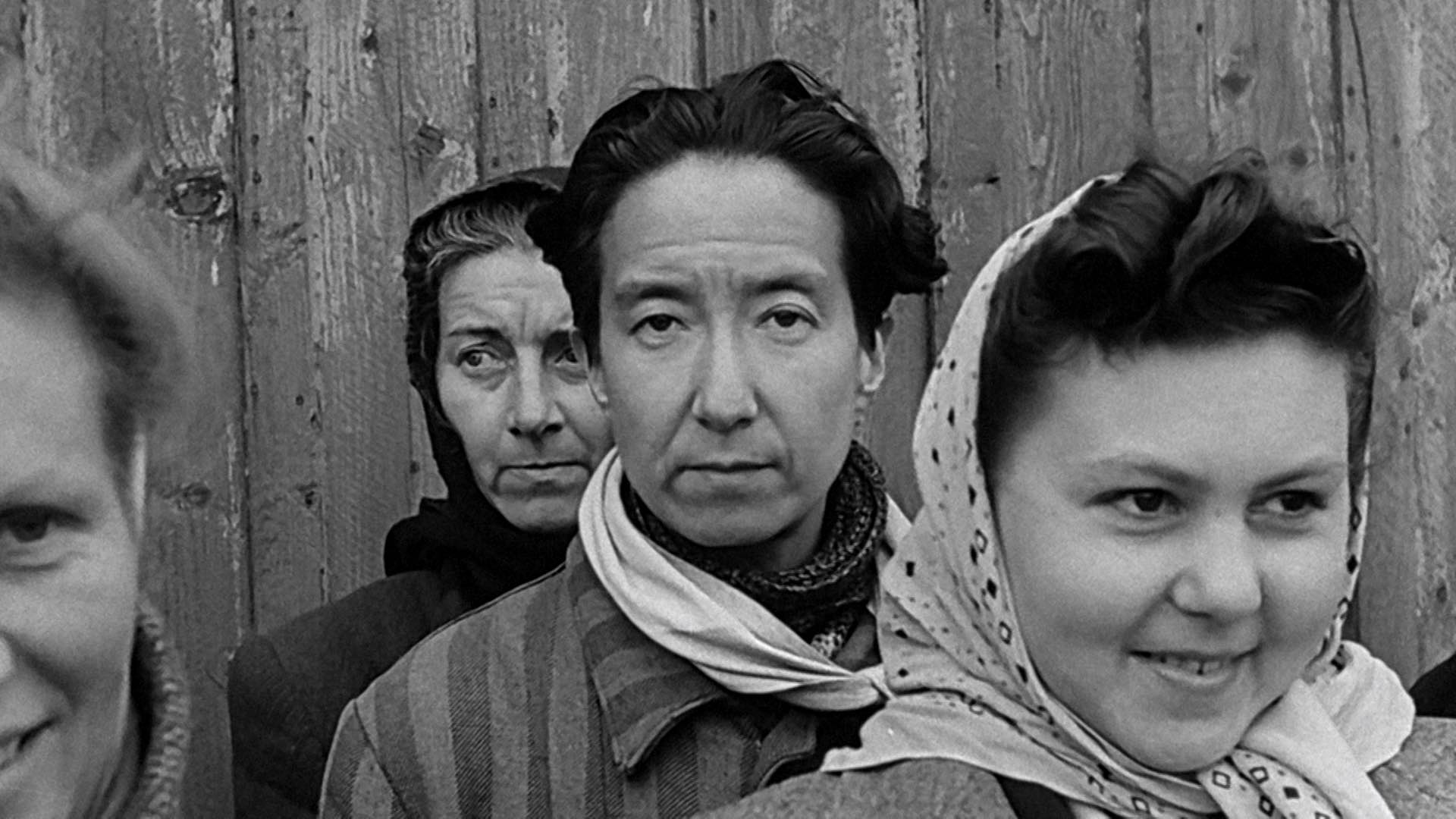 Nadine Hwang (in the center) was born in Madrid, Spain in 1902 to a Chinese diplomat father and Belgian mother. In her youth, Nadine was mistress to author, Natalie Clifford Barney and a friend of Pablo Picasso. A lawyer, Nadine also served as a colonel in the Chinese Army. She moved to Paris in 1937 befriending the likes of Gertrude Stein and T.S. Elliot. It is here that she likely became involved in the French Resistance; there is evidence that suggests she acted as a spy. Nadine was deported to Ravensbrück in 1944. Shortly after her arrival in Malmö on April 28, 1945 Nadine vanished. Her story picks up years later (early 1960’s) in Caracas, Venezuela where she lives with fellow resistance fighter and concentration camp survivor, Claire Mousset. The couple lived out their lives surrounded by intellectuals and creatives.

Elsie Ragusin Azzinaro (on the right, with her head wrapped) was born in New York City, USA in 1921. She and her family were visiting family in Italy in 1939 when they became trapped by encroaching German forces. Elsie and her father were taken to Auschwitz by boxcar, falsely accused of being spies (Elsie was 17). Her father died in Auschwitz. Elsie survived two more camps before she was finally transported to Ravensbrück, where she was put through medical experiments. In a brave act of defiance, Elsie stitched ‘USA’ on the red triangle patch assigned to her, to serve as a reminder that she indeed was, “an American girl”. After being liberated by the White Buses Elsie remained in Sweden with a host family for several months. With the assistance of the Red Cross, she and her mother were reunited in New York, 1946.

Next: Explore the Artifacts