This office oversees the Campus Physical Facilities Master Plan and the design, planning and construction of all campus building and infrastructure projects.

Florida Gulf Coast University is located in Lee County, Florida, and approximately eight miles south of the city of Fort Myers. The university site contains 800 acres, which is almost half jurisdictional wetland. A master plan for the campus was completed in 1994 and was the basis for the initial planning for the campus. The master plan was designed around a central academic core area of approximately 150 acres in the center of the site that is surrounded by wetlands and upland preserves.

The other major elements of the plan include a lakefront parcel to the north of the academic core for student housing, athletic and recreational facilities, and specialized conference center; three other smaller parcels to the south and west of the core for student housing (completed 8/98), recreation, support or specialized academic functions. In addition to the academic core, the most significant land use on the campus will be the approximately 400 acres of jurisdictional wetlands and upland buffers that are restored and preserved as open space. The concept plan for the site was permitted by the Army Corps of Engineers, Department of Environmental Protection, and the South Florida Water management District.

The first phase of the university opened in August 1997 with over 2,600 students in bachelor’s and master’s degree programs, and currently there are approximately 15,000 students enrolled at FGCU. 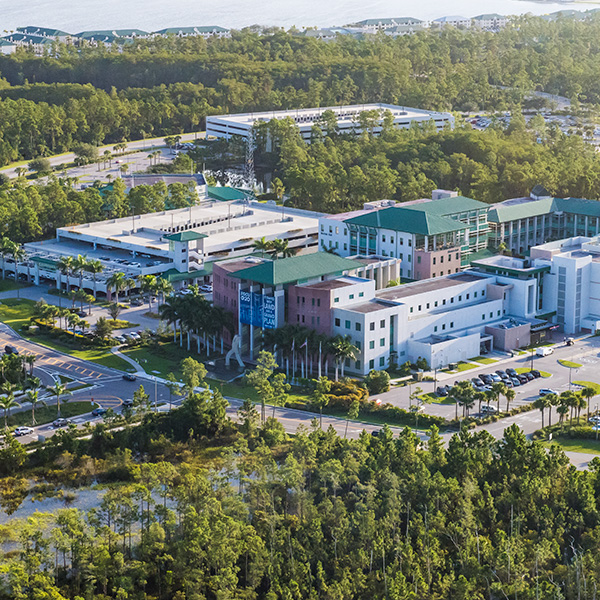