Collecting institutions have the good fortune of mining works of art from a variety of donors. 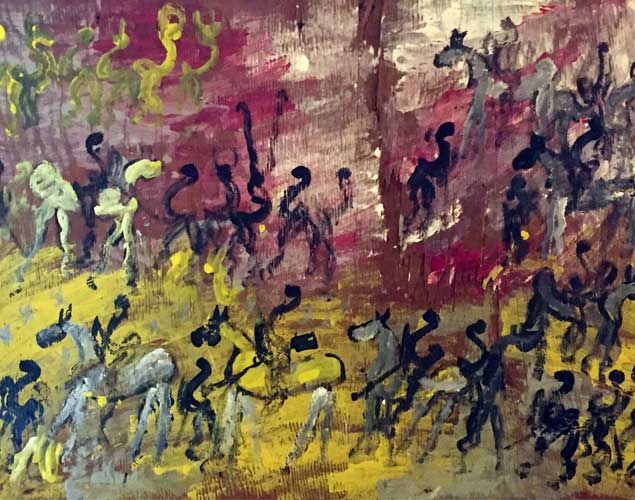 Gift of the Rubell Family Collection to FGCU Art Galleries

Purvis Young was born in Miami’s Liberty City in 1943.  He was the epitome of the statement “Art isn’t about survival, it’s about transcendence.” He became an artist of the street without any formal training, making art generated from obsession and desperation. His first major work was a series of hundreds of painted panels attached to the walls of dilapidated buildings in Overtown, called “Goodbread Alley,” which provided Young with tremendous visibility and media attention. Within two years, he was given a show at what was then the Museum of Modern Art in Miami. As a result, galleries and collectors began to acquire his work. In all his work, Young points to the consequences of racism, to the plight of the underprivileged, to years of neglect, and to the cosmos of despair. “Harvey Littleton devoted fifty years to revealing the potential of glass as a medium for artistic expression. His vision and enthusiasm led to collaborating with more than one hundred artists who have created compelling images while pioneering glass matrix printing at Littleton Studios. The Littleton Collection demonstrates the diversity and beauty of glass matrix printing and establishes vitreography as an important medium of artistic expression.”
~ Andy Owen, FGCU Associate Professor of Art and former Printmaster, Littleton Studios

Totaling over eighty works of art, the gift relates to a wide variety of artistic practices and themes, making it useful in studying art history and offering inspiration to students. As one of the first major gifts to the FGCU Art Galleries, it sets the standard for collecting internationally recognized contemporary artists. 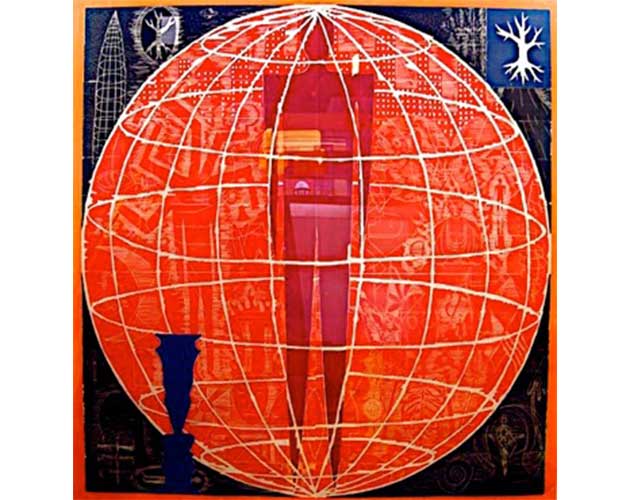 The ASG Technologies Collection represents over eighty works of art. This gift compliments FGCU Art Galleries’ growing collection of internationally recognized contemporary artists. Joseph Albers, Ilya Bolotowsky, John Buck and Judith Murray are a few of the artists represented in the gift. The works are diverse in the mediums represented including painting, printmaking, ceramics, mixed media sculpture and fiber arts.

The works of art are of particular use to the students of FGCU in their studio research and understanding of art and visual culture. 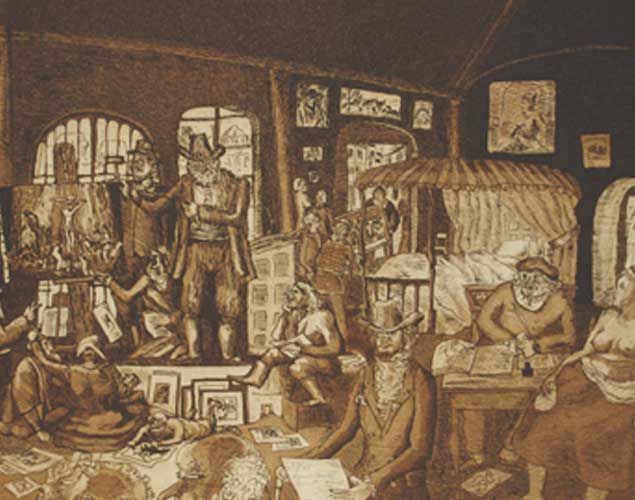 This portfolio of  three works by Warrington Colescott, along with "Ten Artists: Ten Years" published by the University Wisconsin Milwaukee, are gifted to the FGCU Art Galleries from Rona Steingart. This gift of prints compliment the vitreograph prints from Littleton Studios by showing some different printing techniques. Lithographs, woodcuts, serigraphs, collagraphs, intaglios and photographs are all here inviting the viewer to examine how these unique processes contribute to an artist’s vision. 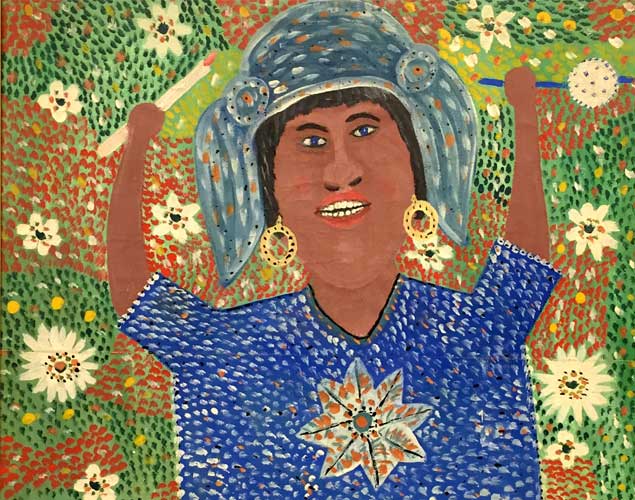 “This collection of Haitian paintings began by accident rather than by design, the first pieces from a gallery in Charleston, South Carolina. We were attracted to the Saint-Soleil style, and then gradually over twenty five years, we both added paintings and sold a number as well. With each piece we became more educated on the artists, all of whom are well recognized.

Included in museum collections and private collections, recounted in books and publications, these artists continue to inspire study and enthusiasm. The work strongly reflects these artists’ passions to create, to thrive and express a view of the world where, as Selden Rodman aptly expresses, ‘Art is Joy’.”

The paintings in this collection offer an introduction to some late 20th century art styles from Haiti. The Saint-Soleil art movement started in the 1970s and is one of the more well known, represented here through images of Loa, which are emanations of a supreme being, as well as evolved spirits of the dead. The paintings by Levoy Exil and Prosper Pierre Louis are examples of artists depicting Loa. Two paintings by Etienne Chavannes and Laurent Casimir are market scenes. These paintings, along with Louisiane Saint Fleurant’s and Gerard Fortune’s depiction of women, reveal additional genres coming out of Haiti. 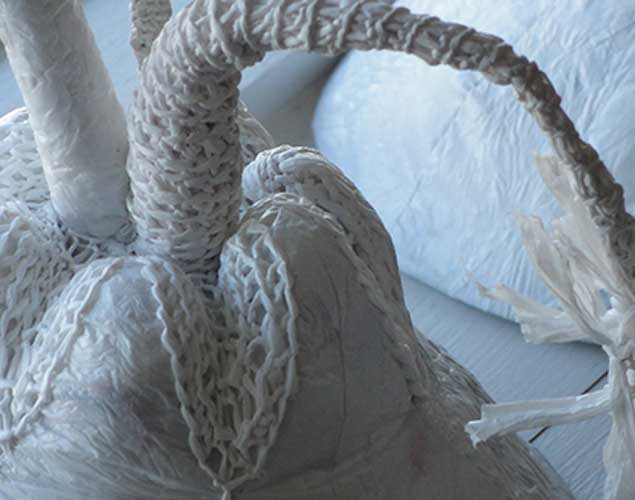 Each year FGCU Art Galleries curates new work from regional and national artists. As an educational institution, the mission of the gallery involves encouraging artists to take risks. The hope is that out of this partnership between the artist and curator comes some interesting new projects from artists. The works in this collection represent the generous gifts from the artists who have exhibited with FGCU Art Galleries.

How to Make a Gift of Art

The FGCU Art Galleries has a growing collections and an active acquisition strategy. The Galleries only accept works of art that meet the standards and collecting priorities of the gallery. All proposed gifts are reviewed by curators and a collections committee before acceptance into the collection. To inquire about making a gift of art, call 239-590-7199 or email asturdiv@fgcu.edu