Applied Theatre at a Title I School

Dr. Dan Bacalzo is Associate Professor of Theater, Theater Program Coordinator, and Assistant Director of the Bower School of Music and the Arts. The blog that follows was submitted as a report on a project that was supported by an Innovative Assignment Design Grant (Racial Justice Award) from the FGCU Office of Scholarly Innovation and Student Research. Dan’s interests include Community-Based Performance, Directing, Dramaturgy, and Race/Ethnic Studies.

During the Spring 2022 semester, the students in my Applied Theatre course and I partnered with Franklin Park Elementary to create an after-school theatre club involving improvisation and theatre games. Franklin Park is a Title I school with a 76% African-American and 16% Hispanic population. The project was supported, in part, by an Innovative Assignment Design: Racial Justice award from FGCU’s Office of Scholarly Innovation & Student Research.

Partnering with a community means being attentive to the population and circumstances of that community, and so my students and I constantly found ourselves adjusting what we did to better suit the elementary school kids. The vast majority had no prior theatre experience, and so the bulk of our work consisted of games meant to develop communication skills and build confidence. 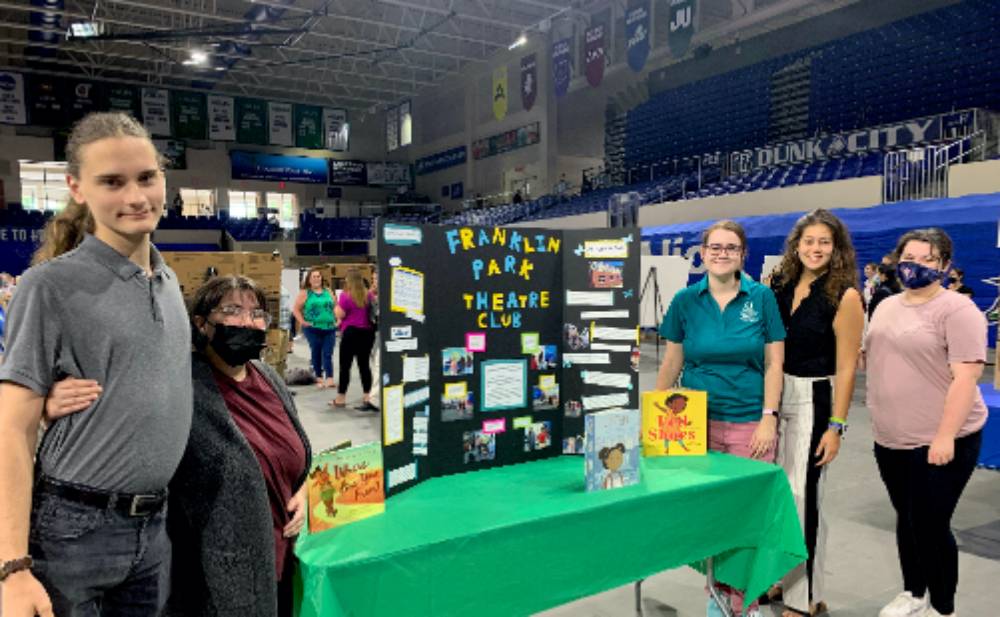 We did not end up working with any play scripts, as I had hoped to do. But learning to meet the Franklin Park students where they were at in terms of their theatrical development was an important lesson for both myself and the Applied Theatre students. And it meant we had to come up with creative ways to adapt our goals for the theatre club.

We made a shift towards other forms of storytelling, and my students suggested we utilize race-specific tales in order to make things as relatable to the elementary school students as possible. I used part of the grant funds to purchase children’s books that fit this description, and my Applied Theatre students built games and activities around several of them.

For example, a book entitled Red Shoes – written by Karen English and illustrated by Ebony Glenn – tells the story of a young African American girl who is gifted a pair of red shoes, which she loves. But she eventually outgrows them, and they are given to a resale shop. The story then follows the next owner of the shoes, a young girl in Ghana. My students adapted a theatre exercise about object transformation in order to engage the Franklin Park kids in imagining how they might take old things on new journeys.

Another book we utilized was entitled Where Are You From?, by Yamile Saied Méndez, with illustrations by Jaime Kim. The story flips the narrative on this common phrase often associated with racial otherness, to demonstrate pride in one’s heritage. My Applied Theatre students created a game that allowed the Franklin Park kids to share more about their geographical and/or ethnic backgrounds, using foods associated with different cultures as a way in. 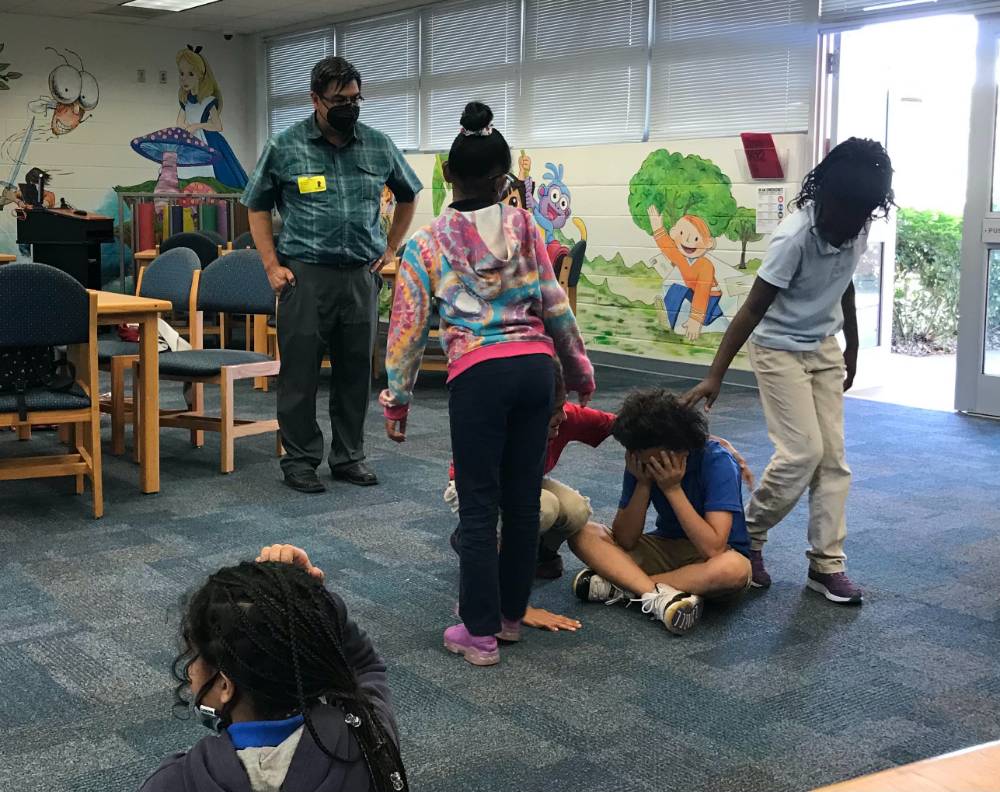 One of my favorite sessions involved a workshop based on techniques developed by Augusto Boal, a Brazilian theatre practitioner and activist known for “Theatre of the Oppressed,” which engages spectators in ways to combat both external and internal challenges in their everyday lives. I led an activity called “Image Theatre,” in which a participant imagines a problem they are currently facing, and utilizes the bodies of other participants to create a living sculpture that depicts that situation. At Franklin Park, one of the young girls in the group depicted a scenario in which another school kid stole something from her. The next stage of the process is to create an ideal image of how you would like that conflict resolved, and she moved her classmates to depict her getting her stolen property back and the other kid being punished. The most difficult part of the exercise is to depict a transitionary image between the problem and the ideal, in which the participant is asked to create an image where they are part of the solution they would like to see occur. After engaging in discussion with the rest of the participants – which is another vital part of this process – the student depicted an image where another student came to her aid, reported the theft to the teacher, who called the thieving student’s parents. While the student could not imagine herself telling the teacher, the situation still demonstrates how an intervention can be made.

"I am specifically [pleased] with the male students’ participation and comfort in the theater club.  The male students did not feel this was a space for them, but now they are very excited about participating each week.”

We met with the Franklin Park students weekly (with exceptions for Spring Break) over the course of three months. We attempted to do a pre- and post-survey of participants, but only two students filled out both surveys, so our numbers were not statistically significant. There were, however, a core group of Franklin Park kids that attended regularly, and my students engaged in field note observations for most of the sessions, which tracked the activities and commented on the progress made by individual students, as well as the effectiveness of each workshop.

Our main contact for this project was David Fairman-Jackson, the Community School Partnership Manager for Franklin Park Elementary. In an e-mail interview towards the end of the semester, he noted how he felt students benefitted. “Initially, the students were withdrawn as it relates to engaging with the theater club members,” he wrote. He went on to say that as the semester progressed, the Franklin Park kids became “very engaged and often initiated conversations with you all. I am specifically [pleased] with the male students’ participation and comfort in the theater club.  The male students did not feel this was a space for them, but now they are very excited about participating each week.”

My Applied Theatre students presented on this collaborative project at Community Engagement Day @ Eagle X, and received the “Children Are Our Future Award,” which honors outstanding service-learning projects that work with or impact children.