“There is no better foundation for success – by any measure – than a liberal arts education. Creativity, flexibility and reason allow us to shape the future.”
– Lee Seidler, 2016 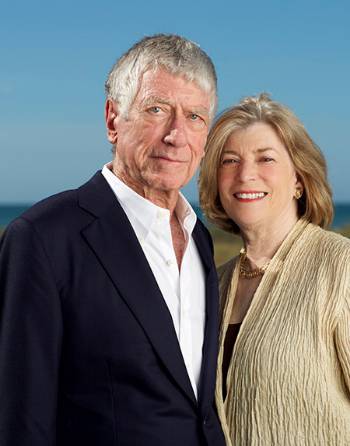 Lee and Gene Seidler, and Lee Seidler’s daughter, Laurie, pledged to create a fund that will strengthen the College of Arts & Sciences at Florida Gulf Coast University. The gift establishes the Seidler Fund, which will benefit professors and students in the College and, ultimately, all of Southwest Florida.

Their thoughtful and generous support enables the College to invest in a wide range of programs and opportunities, new learning opportunities for students in the College of Arts & Sciences through support for undergraduate scholarship, internships and mentoring, especially among students in the humanities disciplines. It also generates new levels of support for programs in the visual and performing arts, and for special student projects across the college. In addition, the academic programs will be enlivened through public presentations and workshops given by renowned scholars.

The Seidlers became involved with the university through the Bower School of Music & the Arts, and have bequeathed to the university a work by the late Robert Rauschenberg, an internationally renowned artist and former Captiva resident. They also support other art-related projects, including FGCU’s 24-Hour Festival, an annual competition in which students have 24 hours to create a work of art in any of a number of media.

Today, Lee Seidler is a member of the FGCU Foundation Board and chairs its audit committee, which he helped create. Dr. Seidler has long served on the board of directors for the Shubert Foundation in New York City, a leading supporter of live performing arts. He is also the founder and chairman emeritus of the Multiple Sclerosis Research Center of New York.

He is a noted authority on accounting, having had an acclaimed career as senior managing director for Bear, Stearns & Co. and serving as the Price Waterhouse Professor at the Stern School of Business at New York University. He also has written six books on accounting and taxation and is a much-sought-after expert witness in accounting and auditing cases.

Gene Seidler enjoyed a distinguished career as an educator, including 14 years in the Lee County School System.

This program provides students the opportunity to work closely with faculty on research and scholarly projects. Discover more about this opportunity and information about current and previous awarded fellowships.