I owe a lot of my confidence to FGCU and the College of Education. I’m blown away by how much they prepare us. 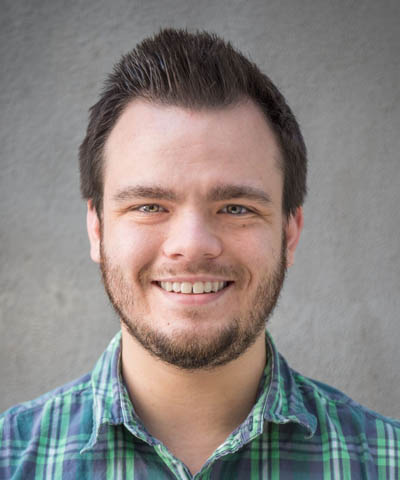 Kevin had a crisis not long after he started attending FGCU. At the time, he was studying nursing and had taken all the prerequisites. He’d had fun developing graphics and leading review sessions to help his fellow nursing students out with the science classes, but nursing itself was no longer calling to him. Then it hit him—what he really wanted was to be a science teacher.

It was a crisis because Kevin had been working multiple jobs since the age of 16 to be able to afford college. And he’d already invested a lot of time and money in nursing. But he realized that, ultimately, the choice was about how he wanted to spend the rest of his life and he knew to his core he’d be truly happy if he could make an impact in students’ lives. So he switched directions. And now his dream is coming true. In his final College of Education internship, Kevin spends half the week co-teaching English to special-education students and the other half teaching science.

Despite having grown up in Fort Myers, when Kevin first came to FGCU he didn’t really know anyone. Now he’s part of the supportive College of Education brotherhood and sisterhood that comes from taking multiple classes together, studying together and sharing the same goals. Among that group is his girlfriend, whom he works with closely to ensure both their students are getting their needs met. Kevin came to FGCU for one purpose, but is leaving it with so much more.