The Bachelor of Arts in History promotes an understanding of the past to prepare our students for whatever the future may hold, and fosters transferable analytical and communication skills through course work and internships that are vital to both private and public sector employment.

Connect With An Advisor

For a more robust description of upcoming upper-level electives being offered, please see the official Course Description in the drop-down tabs at the bottom of this page.

What can you do with a History degree?

Our students gain a well-rounded education and the confidence of knowing they can research and critically assess any topic presented to them. We focus on interdisciplinarity—economic policy, religiosity, sexuality, constitutional theory, legal frameworks, and governmental structures—from an historical perspective in both a national and international context. A degree in history can open countless doors and our students go on to successful careers in law, politics and public policy, publishing, journalism and broadcasting, public history (e.g. museums), and education, among other professions. "Luckily, I get the opportunity to do this everyday. However, I would not be in here if it were not for the faculty and opportunities of the BA and MA Programs in History here at FGCU." "I cannot imagine I would be where I am today without my time at FGCU and look forward to continuing my educational path there." "I can honestly say that the History Program and faculty have shaped me into the person, academic, and professional that I am today."

The phrases "History repeats itself" and "We must learn from the past to change the future" are often put forth as justifications for the study of history. These statements are indeed true and, one could argue, more necessary than even before. The world is changing at a faster pace and we continue to face newer challenges. Yet these are not the only reasons to study history. The study of history does not prepare us for a future that mirrors the past; it opens us up to and prepare us for anything and everything that lay ahead. We learn that all things are historical and, therefore, have the potential of becoming something different overnight. By studying history, we learn about how diverse humans and societies can be, and we become open to change as we are prepared to see issues and challenges from different angels and perspectives.

The study of history requires us to constantly familiarize ourselves with new subjects and to use the study and criticism of sources to become experts in topics of which we had no prior knowledge. They are taught not to believe every statement they read, but rather to confront them with other statements. We encourage them to come up with their own questions and to acquaint themselves with these topics. We train our students to question all types of sources—narratives and chronicles, economic, diplomatic, political, cultural, material, and legal sources—to determine the historical accuracy and to mine those sources for what light they shed on the past. We critique the sources. Students are able to present, argue, and articulate ideas in both oral and written form. History students learn intellectual independence and are no longer easily swayed by "objective" data or strong opinions. 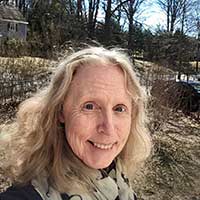